Xiaomi Calls on Western Europe With Launch in Spain 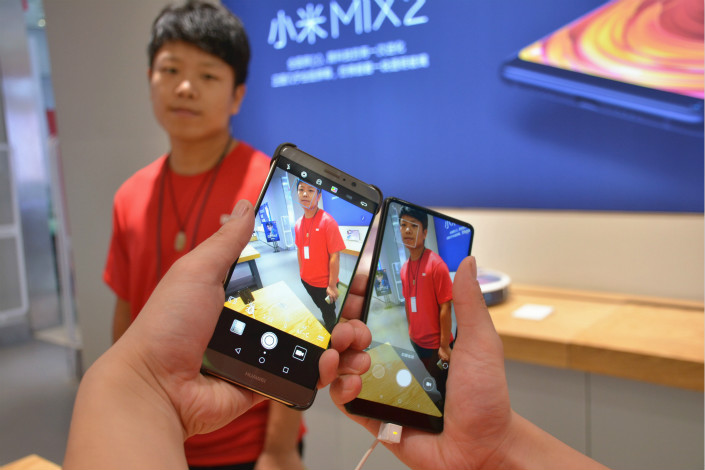 Xiaomi's sales outside of China, including those of its highest-end model, the pictured Mi MIX 2, now account for 43% of its total, according to data from IDC. Photo: Visual China

Smartphone maker Xiaomi Inc. has entered Western Europe with the launch of its products in Spain, extending its worldwide footprint as global sales rapidly approach the level of domestic ones.

The Spanish debut brings Xiaomi’s global reach to nearly 40 countries, as the company tries to extend a nascent comeback following its early rapid rise, which was followed by an equally sharp decline due to issues with its products and sales networks.

Xiaomi said it will distribute its products in Spain by partnering with electronics distributor Ingram Micro and AliExpress, an offshore unit of e-commerce giant Alibaba. It will also distribute locally through global e-commerce giant Amazon, as well as European brick-and-mortar retailers Carrefour and MediaMarkt.

Xiaomi also announced the opening in Madrid of two new additions to its growing network of authorized stores that can sell and service its products, according to an announcement issued in Spain on Tuesday.

“We are so excited to be taking this first step into Western Europe, starting with Spain. After years of unwavering support from our Mi Fans in the Spanish market, we are delighted to officially launch our products here to serve our fans,” said Xiaomi Senior Vice President Wang Xiang. “We believe that our products will be a very attractive option for consumers and will ultimately change the game in the technology industry.”

Xiaomi was once one of China’s hottest high-tech companies following its founding in 2010, briefly capturing the title of top brand in its home market on a trendy image reinforced by an online-only sales model and its creation of artificial product shortages. But product problems and bottlenecks created by its online-only model undermined the company, along with an overly aggressive global expansion plan.

The company has been in retrenchment for much of the last year, and has begun resuming its global expansion as sales return to a growth track. Xiaomi was the world’s fifth largest brand in the third quarter, with sales doubling over the previous year, according to IDC, whose data showed that the brand’s sales outside of China now account for about 43% of its total.

Xiaomi said its product line in Spain will include its highest-end model, the Mi MIX 2, which will sell for 499 euros ($579). But the company is better known for lower-end phones that have helped propel its sales in developing countries including India, where the brand is now the market’s second largest after Samsung.