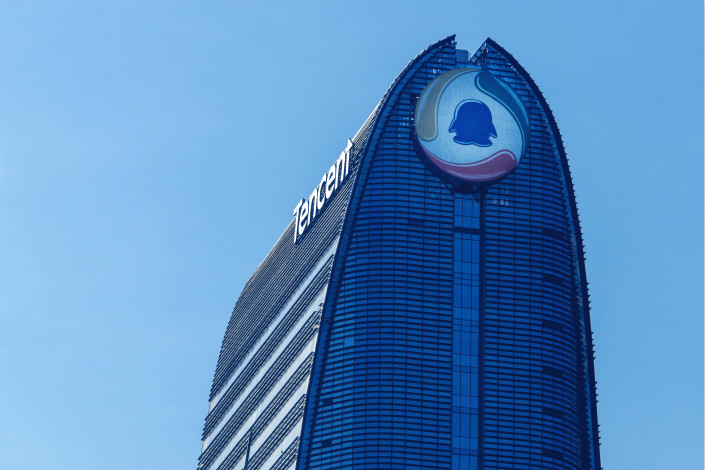 Shares of Snap Inc. rebound 5% after Chinese internet giant Tencent Holdings Ltd. reported that it had bought a 12% stake in the unprofitable owner of the popular social networking platform Snapchat.

Earlier this month, Tencent notified Snap that it, along with its affiliates, had acquired nearly 146 million Snap shares on the open market, the U.S. company said in a filing to the U.S. Securities and Exchange Commission (SEC) on Wednesday.

The disclosure came just one day after Snap reported that its net loss in the third quarter more than doubled to $443 million from the same period in 2016, sending its shares down nearly 20% the next day.

The disclosure did not reveal how much Tencent paid for the stake. The shares it bought have no voting power, and neither side is obliged to disclose transactions of such shares, Snap said, citing SEC rules.

The rules allow Snap not to disclose if Tencent sells the shares in the future, a transaction that might undermine shareholders’ faith in the company.

Tencent is a longtime shareholder of Snap, which said that it is grateful to continue the “longstanding and productive relationship that began over four years ago.”

Tencent President Martin Lau said that the company is excited to deepen its relationship with Snap, and that it looks forward to sharing ideas and experiences, according to Snap SEC filing.

Tencent, a leading game publisher and operator of the popular social network app WeChat, has enlarged its international presence through investments in peers. Some key deals include taking stakes in electric-car manufacturer Tesla Inc. and video-game developer Activision Blizzard Inc., as well as the acquisition of mobile game company Supecell Oy.

The company took a shot at acquiring the instant messaging app WhatsApp several years ago, but the deal was disrupted when Tencent founder Pony Ma had to undergo emergency surgery, according to an investment director of Tencent’s investment and acquisition team.

Facebook Inc. ended up buying WhatsApp in February 2014, a move that, according to some analysts, was aimed at slowing Tencent’s expansion overseas.