Yet Another Chongqing Official Falls 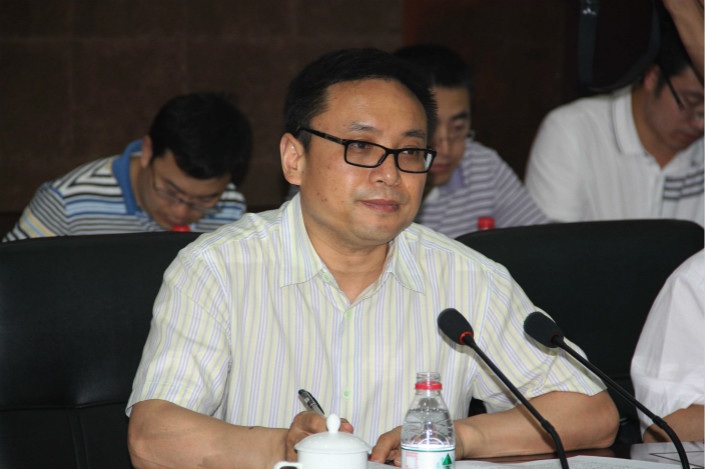 Another Chongqing official with alleged ties to local financial-technology firm IZP Group has been removed from office.

Mu Huaping is no longer vice mayor of Chongqing Municipality following a high-level local government meeting on Thursday. On Oct. 9, the Communist Party’s Central Commission for Discipline Inspection (CCDI) said Mu had been found guilty of trading favors for personal gains and having failed to carry out his duties.

Mu’s boss, former Chongqing Party Chief Sun Zhengcai, once considered to be a possible successor to President Xi Jinping, was stripped of his post in July and later found guilty of severe violations of party discipline, a phrase often used to refer to corruption. Sun was a key supporter of IZP Group, which has been expanding into cross-border payments, data mining and e-commerce, sources told Caixin.

IZP, best known for its payment settlement service Globebill, has been under scrutiny for its murky ties to officials and the fact that it managed to amass billions of yuan of investments from state-backed investors.

The discipline commission said it found Mu guilty of neglecting his duties in decisions concerning major projects in pursuit of “political achievements,” and also failure to report personal information in accordance with requirements. Mu was also found guilty of trading favors to gain promotion, according to the CCDI.

Mu was promoted to vice mayor of Chongqing in June 2016, and put in charge of developing the municipality’s science and technology sectors. He has not been seen in public since April.

IZP Group, founded in Beijing in 2008, was originally established as a data mining firm and was little-known until it obtained a cross-border payment service license by acquiring Shenzhen-based payment company Globebill for 1 billion yuan ($150 million) in 2014. Globebill is one of the 17 cross-border payment providers that were licensed by the State Administration of Foreign Exchange in a 2013 pilot project.

After the acquisition, IZP restructured Globebill and relocated it to Chongqing. Several sources close to the matter said Mu, then the party chief of the city’s Yubei district, offered great support to IZP’s business in Chongqing and arranged a 270 million-yuan investment for a 25% stake in Globebill by several companies controlled by the district.

During a signing ceremony in August 2014, Mu said Yubei would actively create conditions for the future development of Globebill and promote the rapid expansion of Globebill into the international market with the aim of making it a world-class cross-border e-commerce settlement platform.

According to local paper the Chongqing Economic Times, Mu said that Globebill saw a profit margin of 18% during its second month of operations.

However, according to analysts Caixin spoke with, third-party payment platforms other than industry giants Alipay and the operator of Wechat’s payment service TenPay, which together account for over 80% of the market, are seeing meager profits and even losses.

Chongqing — a provincial-level municipality with 64 million permanent residents — has been at the center of several political scandals over the years. Following an inspection tour earlier this year, then party secretary Sun Zhengcai was criticized for failing to completely root out the “pernicious influence” of his predecessor Bo Xilai, who is currently serving a life sentence for corruption and abuse of power.