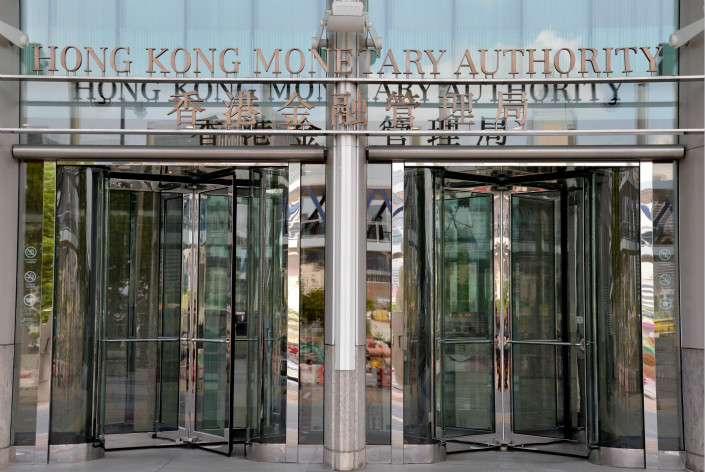 Belt and Road trade is mostly conducted by small and medium-sized enterprises, so blockchain’s distributed ledger technology could help by cutting out the need for a central organization, said James Henry Lau, Hong Kong’s Secretary for Financial Services and the Treasury. Photo: Visual China

Blockchain, the decentralized encryption technology behind cryptocurrencies, could provide “great benefits” to trade finance in countries participating in China’s Belt and Road initiative, said James Henry Lau, Hong Kong’s Secretary for Financial Services and the Treasury, at a forum Friday.

Blockchain works by automatically recording transactions in inerasable digital ledgers distributed across a network in which all data is visible to every member of the network and transactions don’t require a central authority’s approval.

This technology could cut the huge input of human resources and time that trade financing traditionally requires, reduce chances of fraud and lower companies’ investment costs through more efficient settlements, according to Lau.

Trade along the Belt and Road is mostly conducted by small and medium-sized enterprises, so blockchain’s distributed ledger technology could help by cutting out the need for a central organization and middlemen, he added.

The Belt and Road initiative, aimed at boosting trade links between China and partners around the world, was launched by President Xi Jinping in 2013 and now includes 69 countries, regions, and international organizations. In September, Hong Kong publications reported that the Special Administrative Region’s monetary authority was planning to make equity investments in a number of Belt and Road infrastructure projects.

A Belt and Road system would not be Hong Kong’s first foray into blockchain-powered trade finance — in March, the region’s monetary authority completed a proof-of-concept project that demonstrated how blockchain can be used to digitize contracts and cut the risk of fraud and duplicate transactions. The project was run in collaboration with professional services company Deloitte and six banks, including Bank of China (Hong Kong) Ltd. and The Bank of East Asia.

On Oct. 25, the central banks of Hong Kong and Singapore signed an agreement to work together on a blockchain technology project aimed at optimizing trade and financing between the two financial hubs.

Even as it clamps down on blockchain-based cryptocurrencies, China’s central bank is also exploring how it can use the technology to build its own digital fiat currency combining the efficiency of cryptocurrency transactions with the regulatory oversight of a traditional currency.