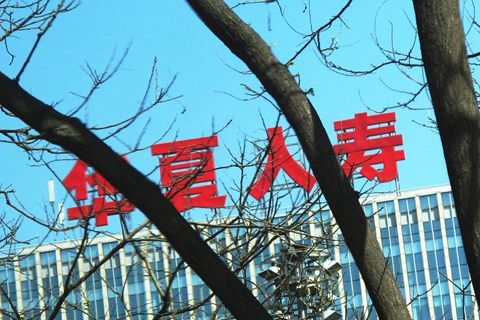 A conglomerate owned by billionaire Xiao Jianhua is paring back its financial assets by selling a stake of as much as 25% in a Beijing-based life insurer as regulators tighten scrutiny of opaque ownership of financial institutions.

Shenzhen-listed Zhongtian Financial Group, a Guizhou-based property and financial company, said in a Monday filing that it agreed to pay 31 billion yuan ($4.67 billion) for 21% to 25% of Huaxia Life Insurance.

Huaxia Life is part of the financial empire controlled by Xiao Jianhua, one of the richest businesspeople in China, who has been assisting mainland authorities with unspecified investigations since January, according to several overseas media outlets. Xiao was ranked on the 2016 Hurun Chinese rich list as the 32nd-wealthiest person in China with a net worth of $6 billion. He has spent most of his time in Hong Kong since 2014.

Tomorrow Holding Group, the main investment vehicle of Xiao, controls Huaxia Life through a number of affiliated companies, although Tomorrow Group doesn’t appear on Huaxia Life’s shareholder list, according to an official at the China Insurance Regulatory Commission.

Caixin’s calculation based on public documents found that companies linked to Tomorrow Group hold more than 70% of Huaxia Life.

After the transaction, Zhongtian will become the largest single shareholder of Huaxia Life, according to Zhongtian’s statement.

Zhongtian, started by billionaire Luo Yuping as a property developer, has expanded actively in the financial service sector in recent years through a series of investments in insurance, securities, trust and banking industries. The company currently holds majority stakes in ZTF Securities, Zhongrong Life Insurance and U-Shine Fund, as well as minority stakes in Guozhou Bank and Guiyang Bank.

Luo Yuping, founder and chairman of Zhongtian, has been an acquaintance of Xiao’s, sources said. Luo is ranked on the Hurun Chinese rich list as the 130th-wealthiest person in China with a net worth of 13 billion yuan.

The latest stake sale signals Tomorrow Group’s move to offload its sprawling assets in the financial sector as regulators step up efforts to scrutinize financial companies’ shareholding structures and clamp down on connected-party transactions in a bid to rein in market manipulation and excessive leverage in the financial market.

Last week, the country’s banking regulator issued a new policy asking banks to better disclose information about their shareholders and requiring investors seeking to hold more than 5% of a commercial bank to obtain advance approval. This may affect major banking investors like Tomorrow Group.

Established by Xiao in 1999, Tomorrow Group has expanded into a wide range of businesses including real estate, coal, chemicals, insurance, securities and banking. It owns stakes in a number of listed firms and financial institutions.

Along with several other companies and financial institutions controlled by Xiao, the group has been involved in many high-profile acquisitions in recent years. Deals include the 2006 privatization of state-owned power company Shandong Luneng Group, a transaction worth 3.7 billion yuan, or about $470 million at the time, and Thailand’s Charoen Pokphand Group’s purchase of a stake in Ping An Insurance in 2013. But some of the deals have been questioned for the widespread use of shell companies and complicated transactions among interconnected companies.