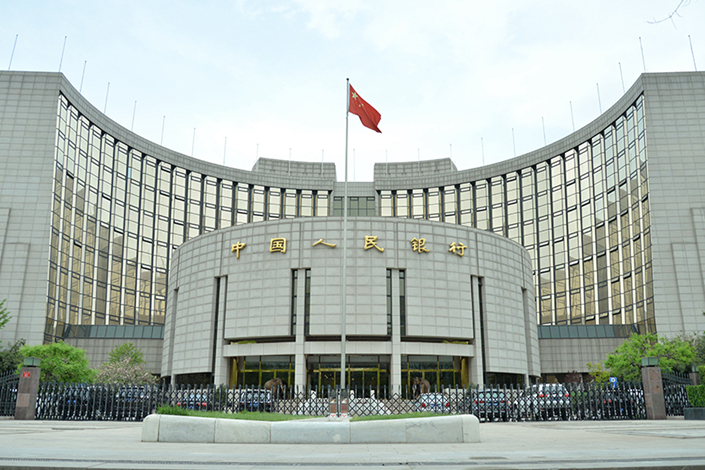 The central bank has been tightening controls over some financial holding companies that have been able to profit from a regulatory vacuum and sell innovative new products that could pose risks to the stability of the financial system. Photo: Ma Minhui/Caixin

China’s powerful financial holding companies and conglomerates are set to become the next target of the country’s regulators as the government steps up efforts to control financial risks in the world’s second-largest economy.

Although details of the crackdown have yet to be officially released, the latest quarterly monetary policy report from the People’s Bank of China (PBOC) provides an insight into the controls likely to be imposed on these companies. Financial holding companies include both private players such as Ping An Insurance and Anbang Insurance Group and state-owned groups such as China Citic Group and China Everbright Group.

Sweeping new rules will cover areas such as market access, sources of funding, corporate governance, capital adequacy and related party transactions, according to the report which was published late on Friday. Equity investments by non-financial companies in financial holding companies will be restricted and standardized, the PBOC said. On a more general level, the central bank pledged to speed up the introduction of the rules for financial holding companies and to continue improving its macro-prudential framework to cover an increasing array of financial activities, markets, institutions and infrastructure.

Over the years, oversight of these groups has been weak and this has allowed them to flourish in a regulatory vacuum, playing watchdogs off against each other, structuring their activities to avoid the rules and selling innovative new products that could pose risks to the stability of the financial system.

“For these financial holding companies, it is difficult to see the structure of their assets and liabilities, so when risks manifest themselves, there could be a significant domino effect,” a senior regulatory source told Caixin.

Central bank head Zhou Xiaochuan warned of the dangers of the rapid expansion of financial holding companies in an essay he wrote for a book analyzing the spirit of the recently concluded 19th National Congress of the ruling Communist Party. He said some companies have earned easy profits by investing in the financial sector and carrying out insider trading and related party transactions.

Speaking on the sidelines of the World Bank and International Monetary Fund autumn meetings in Washington last month, Zhou said one of the four main areas of focus for the new Financial Stability and Development Committee will be financial holding companies. The other three areas include shadow banking, asset management, and internet finance. He said some large companies acquired firms to gain financial licenses, resulting in related party transaction risks, and warned that the regulatory vacuum that had allowed such activities to flourish must be addressed.

Anbang has already had its wings clipped. The insurance regulator banned its life-insurance unit from selling products that violated industry rules, and the company was one of the targets of an order by the China Banking Regulatory Commission earlier this year to banks to assess their exposure to companies with significant overseas merger and acquisition activity. Other companies named by the commission were airlines to leasing conglomerate HNA Group, investment group Fosun International, and property conglomerate Wanda Group.

The authorities are already acting on some of the measures outlined by the central bank. The banking regulator last week issued draft measures to tighten scrutiny of companies buying stakes in commercial banks to prevent shareholders from acting in concert to illegally take control of banks, from undermining corporate governance by putting pressure on banks to extend loans to certain borrowers and shifting assets between banks.

The commission reiterated that a single company and its related parties can have a controlling stake in only one bank and hold shares in at most one additional one. Although this rule has been in place since 2010, it has been widely circumvented.

Some conglomerates that have built up stakes in banks have already started to divest their holdings.

Fosun International and its subsidiaries had been building a stake in China Minsheng Banking Corp. since 2011 both through the lender’s Hong Kong-listed H-shares and its Shanghai-listed A-shares. But it has sold most of its A-share holdings since 2015 and in September, it divested most of its H-share stake.

Anbang Insurance was also active in the banking sector, building up stakes in a string of lenders including Industrial & Commercial Bank of China (ICBC), China Construction Bank (CCB), Agricultural Bank of China (ABC) and Minsheng Bank. But regulatory filings show the group and its units have been shedding their holdings and have fallen off the list of 10 largest shareholders at ICBC, CCB and ABC. Public documents showed that Anbang currently controls one commercial bank while holding stakes in two others.

China’s most notorious financial conglomerate is Tomorrow Holdings Group, controlled by tycoon Xiao Jianhua, who went missing from his Hong Kong residence in January and is believed to be assisting mainland authorities with unspecified investigations.