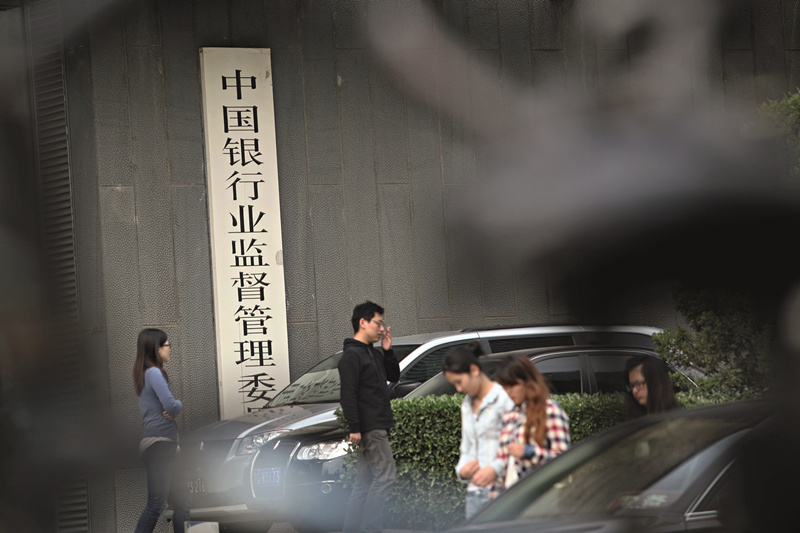 China’s banking regulator is moving to tighten scrutiny of shareholders of commercial banks in a new effort to contain risks and leverage in the nation’s financial system.

The China Banking Regulatory Commission published on its website Thursday draft rules on supervising the ownership of commercial banks. The new rules, open for public comments, require any investor planning to hold a stake of more than 5% in a commercial bank to register for CBRC approval.

Shareholders owning less than 5% but ranking among the top 10 shareholders with major voting power in a commercial lender must also register with the regulator, according to the draft rules.

The new rules are designed to put commercial banks’ major shareholders and actual controllers under closer scrutiny. The CBRC is stepping up efforts to clamp down on connected-party transactions and flaws in commercial banks’ corporate governance, as well as those who illegally try to obtain control of banks through proxy shareholders to dodge regulations.

Anbang Insurance, one of the most acquisitive insurers backed by sales of risky, short-term insurance policies, has acquired nearly 20% of Minsheng Bank, China’s largest privately owned commercial bank, since 2014. Anbang and other small insurers’ high-profile investments in the banking sector fueled regulators’ concerns that they had manipulated the banks to finance more risky investments and acquisitions.

The draft rules also reaffirm a 2010 regulation limiting any investor and related parties to holding more than 5% stake or major voting power in no more than two commercial banks. An investor can own a controlling stake in only one bank.

The CBRC set the requirements in a 2010 policy document, but the rule has been widely circumvented. Public documents showed that Anbang currently controls one commercial bank while holding stakes in two others. Tomorrow Holdings Group, controlled by tycoon Xiao Jianhua, holds stakes in six city commercial banks and a number of other financial institutions through various affiliated companies.

Through complicated investments among connected parties, it is difficult for regulators to identify the actual controller and relations among shareholders, creating room for violations and corruption, according to a regulatory official who declined to be named.

“If (the new rules) were in place earlier, (regulators) would not be in such a passive position,” a CBRC official said.

Sources close to the commission said it will take time to assess how the new policy on bank investment will affect stocks of the more than 30 listed banks.

It is unclear how the new rules will affect entities already holding stakes of 5% or more in banks. In a March interview in response to media questions about Tomorrow Group’s investments in commercial banks, Cao Yu, vice chairman of the CBRC, said violations that have been uncovered will be definitely corrected, but the commission will adopt a case-by-case approach to protect retail investors’ rights while ensuring banks’ normal operation and system stability.

The CBRC since March has issued a slew of regulations to tighten oversight of the banking sector amid mounting concerns over risks related to bad loans, shadow banking and excessive financial leverage. The commission has ordered banks to conduct self-inspection of their internal controls and business operations.

CBRC Chairman Guo Shuqing said in late October during the 19th National Congress of the Communist Party that the commission will step up supervision of sprawling financial markets even after achieving initial success in curbing credit-fueled speculative activities.