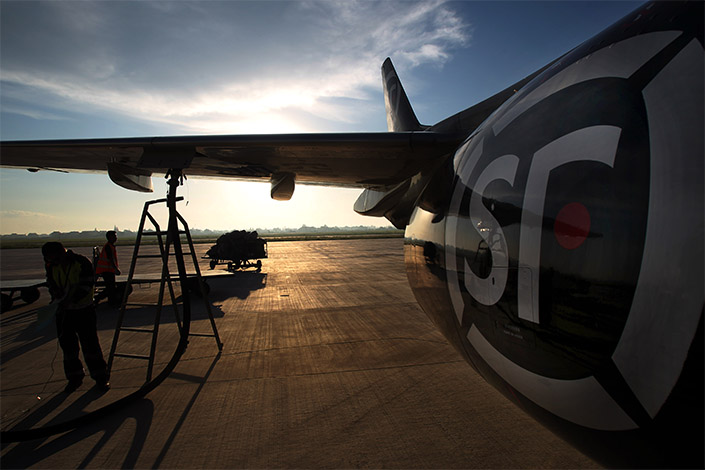 After beating out at least 25 bidders, SF Airlines — a subsidiary of Chinese courier company SF Express — became the new owner of the two jets, for which it spent over $48 million. Photo: Visual China

The name of e-commerce platform Taobao can be literally translated as “digging for treasure.” But a recent sale on the site shows that treasure can be found in the clouds, as well as underground.

Chinese air freight company SF Airlines just bought a pair of Boeing 747 jumbo jets that had been seized by the Shenzhen Intermediate People’s Court through the site’s judicial auction arm. The price tag was over 320 million yuan ($48 million).

The Shenzhen court seized three Boeing 747 planes after Jade Cargo International filed for bankruptcy in 2013. It chose to sell them through the Alibaba-owned e-commerce platform after failing to sell the planes six times in offline private auctions.

After beating out at least 25 bidders, SF Airlines — a subsidiary of SF Express — became the new owner of the two jets that had been stored in Shanghai Pudong International Airport since 2013.

The other plane — stored at Shenzhen Baoan International Airport — was not sold because only one buyer registered for the auction.

Taobao started its judicial sales platform in 2012 to auction off assets seized by China’s courts, and since then millions of users have signed up.

But it is the first time such a large plane has been sold on an e-commerce platform in China.

The two jets will be the latest addition to SF Express’ fleet of 40 planes, further securing the company’s position as the biggest private courier in the country.

Private couriers like SF Express have in recent years been ramping up efforts to expand their air fleets to meet the booming demand in China’s logistics market.

In September, Boeing predicted in a report that China’s commercial airlines would likely buy up to 7,240 new aircraft worth about $1.1 trillion over the next two decades. That would account for almost 20% of global demand for new airliners for that period, according to the report.