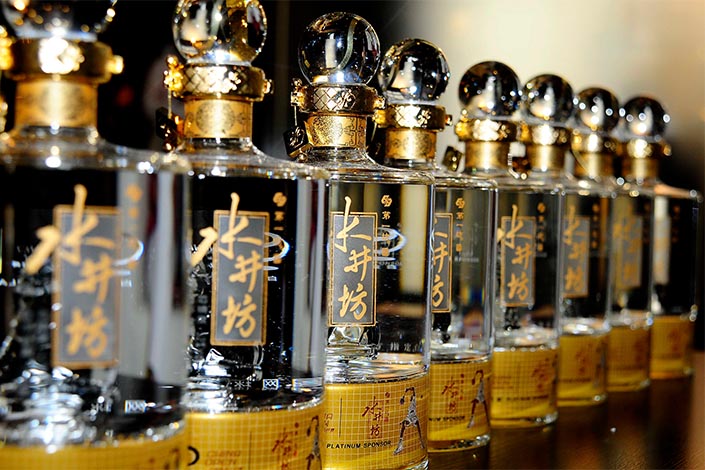 Sichuan Swellfun Co. Ltd. has taken a sip of the high-end baijiu market before, in 2000. But that product sold poorly and the company's profits declined for three years after its launch. Photo: Visual China

China’s fiery liquor baijiu has a bite. Increasingly, its price tag does too.

Sichuan Swellfun Co. Ltd., owned by London-based international alcoholic beverage giant Diageo Plc., is seeking to take on rival Kweichow Moutai at the top of the shelf — launching a baijiu priced at an eye-watering 1,699 yuan ($256).

That is roughly the price of 10 comparably sized bottles of Jack Daniels whiskey or Absolut vodka.

Swellfun’s new item is dearer than the 1,299-yuan Feitian baijiu produced by China's legendary Kweichow Moutai — a company that passed Diageo earlier this year as the world’s most valuable distiller.

Experts have expressed concern over Swellfun’s latest attempt to enter the high-end market. Compared with Moutai, Swellfun is weak in terms of branding, sales channels and popularity, said Zhu Danpeng, a food and beverage industry analyst with the China Brand Research Institute.

In 2000, Swellfun took a sip of the high-end baijiu market with a 600-yuan item, at a time when Moutai’s average price was only 300 yuan a bottle. But the initiative fared poorly, and Swellfun’s profits declined for three consecutive years. In 2003 alone the company lost 176 million yuan.

In late 2012, Beijing launched its anti-graft campaign, targeting bribery and sending fear through the baijiu industry, as the liquor is a popular gift and social lubricant for deal making. Swellfun was not spared, and suffered losses for both 2013 and 2014.

But the baijiu industry has been adapting to market changes, and with the country’s expanding middle class, liquor consumption has rebounded over the past two years. In the first half of 2017, high-end baijiu sales grew by 27.5%, according to Guolian Securities.

It is under this bullish climate that Swellfun is returning to high-end product lines.

The Sichuan-based company is a regionally famous baijiu brand, with a total capitalization of 22.5 billion yuan — only one fourth of that of Moutai.