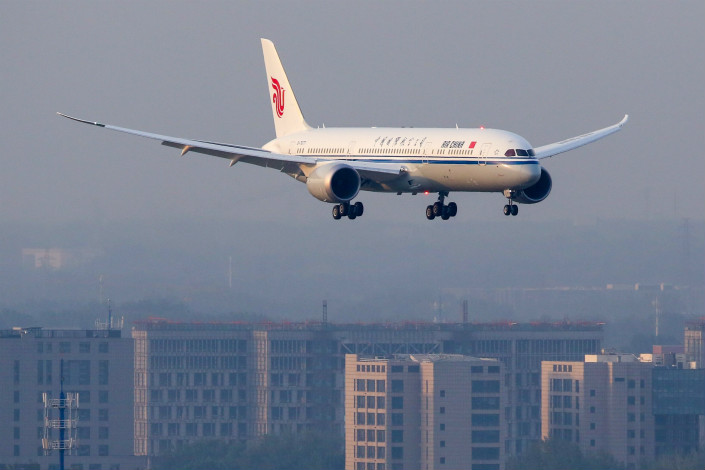 Air China Ltd. has suspended flights from Beijing to North Korea’s capital due to weak demand, a company representative told Caixin on Thursday.

The suspension of the route halts one of the few international flights to North Korea, just as tensions rise between it and United States, which recently put North Korea back on a list of state sponsors of terrorism.

Air China’s decision came shortly after a visit by a senior Chinese envoy to the North Korean capital of Pyongyang.

Air China is the only airline besides North Korea’s own Air Koryo that operates flights in and out of the isolated country. China’s flights to Pyongyang, which began in 2008, have been frequently suspended in the past, according to Chinese state media.

In April, Air China canceled some of its flights, but then in May said that it would increase their number.

At the time, representatives from Air China told state media that “these kinds of conditions are very common due to the weak demand that sometimes results in flying empty flights.”

State-owned television news has reported that the airline has halted flights between the two capitals in certain seasons, especially in winter.

When asked on Tuesday whether Air China had stopped flights to Pyongyang and closed their offices there, China’s foreign ministry said it was unaware of the company’s situation.

Air China’s Ding declined to elaborate on whether it would restart the route, saying only that it “depends on future conditions.”