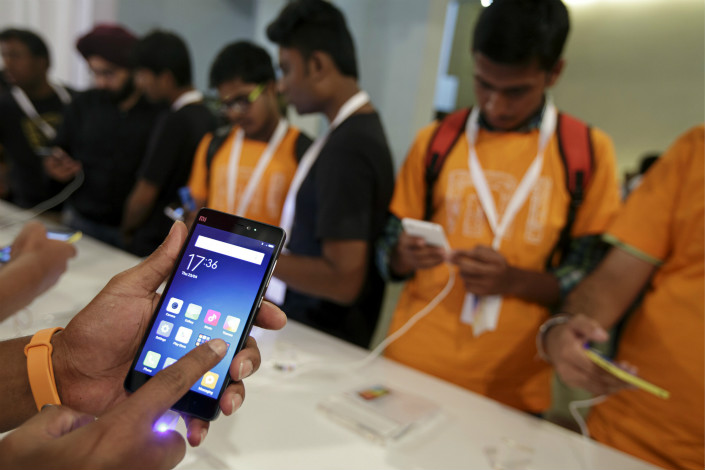 Smartphone maker Xiaomi Inc. said it will build a third manufacturing facility in India, aiming to bring more of its products to a country that has become its largest and biggest success story outside its home market.

The new factory will make power banks, or portable battery chargers, in a partnership with local firm Hipad Technology, Xiaomi said. It will assemble Xiaomi’s Mi Power Bank 2i, and will have a capacity of making seven power banks a minute.

The announcement comes as Xiaomi consolidates its place as one of India’s top smartphone makers just three years after entering the country in 2014. The company pulled into a tie with former market leader Samsung in this year’s third quarter, with each company controlling about 23.5% of the market, according to data released last week by IDC.

Xiaomi nearly tripled its India smartphone shipments during the period from a year earlier, compared with more modest 23% growth for Samsung. Xiaomi has found particular success with its Redmi line of low-end smartphones that appeal the country’s cost-conscious customers.

“I believe a key reason for our success in the smartphone segment has been our commitment to India,” said Manu Jain, Xiaomi’s India managing director. “We want our India Mi Fans to enjoy the best quality technology at an affordable rate, and manufacturing locally helps us achieve our vision. We are extending our commitment of building a truly localized company and hope to bring the ecosystem of world’s best power banks to India with our partners Hipad Technology.”

The new factory complements Xiaomi’s two existing smartphone factories in India, where nearly all of its products sold in the country are now assembled.

India is one of Xiaomi’s first — and by far its largest — global markets, and now accounts for about a quarter of smartphone sales. The company has moved into nearly 40 countries to date, mostly developing markets like India. Earlier this month it made its first move into Western Europe with the launch of its smartphones in Spain.