Video Site AcFun Back Up After ‘Cyberattack’ 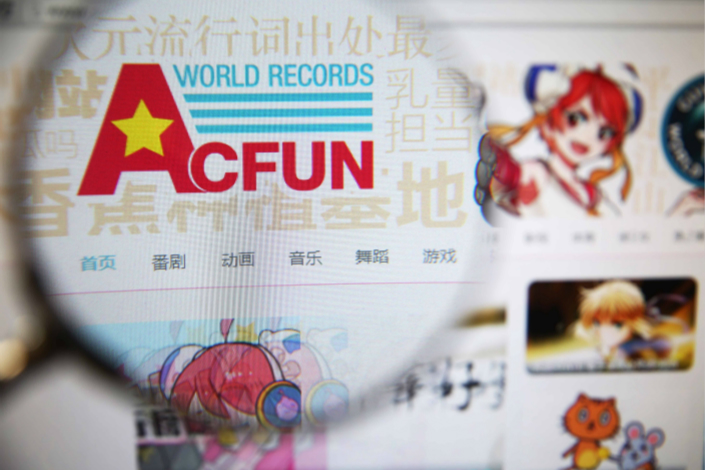 AcFun has been the target of the authorities' ire this year. In June it was ordered to remove content the government considered to be political, pornographic or violent, and in September it was fined for displaying material 'harmful' to public morality. Photo: IC

One of China’s most popular video-sharing websites was back online this week after going down over the weekend from what the company called a cyberattack.

AcFun — which began as a site for animated content such as Japanese anime but now hosts diverse types of content — went down on Saturday and was back up late Monday. But speculation has emerged on social media and among news outlets about other causes of the outage — mostly relating to regulatory and management problems the company has faced recently.

In July, portions of AcFun content were targeted in a government crackdown, when China’s propaganda regulator asked it to take down “inappropriate” shows.

The company said it would comply with the requirements and removed certain material considered to be political, pornographic or violent.

In China, only state-owned media or outlets with official licenses can report and publish such content, which the government considers sensitive. But lines have become increasingly blurred in the booming era of social media.

The government has long argued that the same rules that apply to traditional broadcasting networks should be applied to online sites as well. But AcFun has yet to attain a license to stream video content, which may explain why it was targeted in July.

In September, the company was again punished, this time by Beijing’s cultural administration, for providing audio-visual services without permission and displaying material that was “harmful” to public morality. The administration fined AcFun 120,000 yuan ($18,000) and ordered it to “clean up” its content.

In addition to potential regulatory problems, media outlets have speculated that the firm’s alleged “internal problems” could also be behind the site’s temporary shutdown.

The Guangzhou-based company, which was founded in 2007, has experienced turbulence over recent years, changing CEOs three times since 2014.

And despite its huge popularity, especially among China’s youth, AcFun has yet to find a profitable business model.