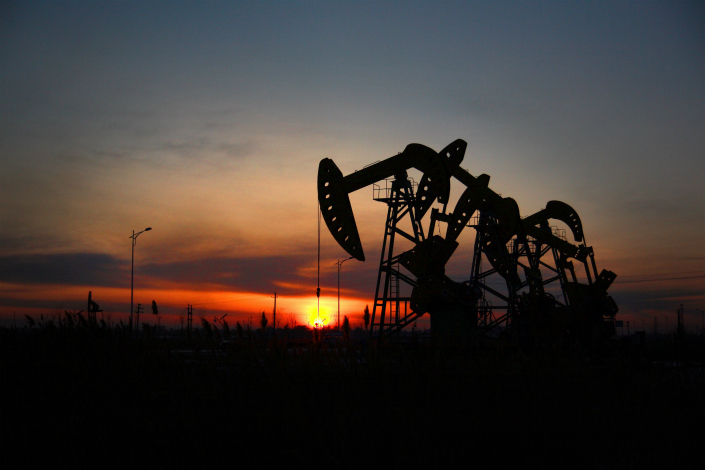 China Huarong Energy Co. Ltd. had completed fracturing operations, testing and the drilling of 36 oil wells in its Kyrgyzstan oil fields by mid-2015, but has not announced any progress since. Photo: Visual China

China Huarong Energy Co. Ltd. has secured a $600 million loan to fund its Kyrgyzstan oil project, according to an announcement filed Wednesday with the Hong Kong Stock Exchange.

The loan, which will be received through a China Huarong Energy subsidiary, Crown Winner Investments Ltd., is expected give a much-needed boost to the project, which consists of four oil fields in the central Asian country’s Fergana Valley.

China Huarong Energy acquired a 60% stake in the Kyrgyzstan project in 2014, when the company was still named China Rongsheng Heavy Industries Group.

But the project has been hindered by “the lack of means to fund additional investments for drilling wells and exploration,” the privately owned company said.

China Huarong Energy had completed fracturing operations, testing and the drilling of 36 oil wells by mid-2015, but has not announced any progress since.

The company did not disclose who lent it the $600 million, but said it was an independent third party “whose principal business is investment holding.”

Kyrgyzstan is one of the dozens of countries participating in China’s Belt and Road initiative, which was introduced by President Xi Jinping in 2013 to bolster China’s international trade and investment links. As of March, Kyrgyzstan has signed $1.81 billion worth of investment agreements with China, according to figures from Kazakhstan’s Eurasian Research Institute.

But the announcement comes at a time when private oil firms face difficulty receiving funding for overseas downstream assets.

China Huarong Energy’s investment in the Kyrgyzstan project was part of a wave of private Chinese investment in overseas oil assets which began in 2014 and has lately begun to subside, due to a combination of unexpected setbacks and tightening regulation.

These privately owned companies were locked out of upstream oil production by state-owned giants at home, and new to the challenges of managing oil fields. Some were new to the energy sector itself — China Huarong Energy was previously a major shipbuilding business.