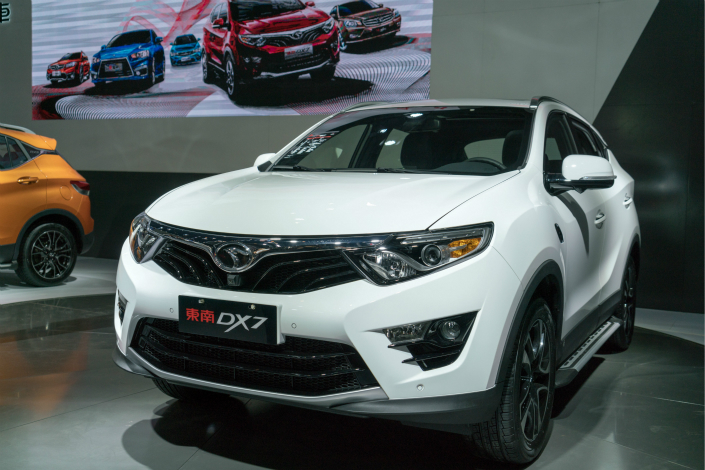 DEARCC's planned facility in the city of Shaoxing, Zhejiang province, is expected to have an annual capacity of 180,000 vehicles once it begins operating in mid-2019. Photo: Visual China

Chinese electric car-maker DEARCC plans to invest up to 5.5 billion yuan ($833 million) to set up a plant in Zhejiang province in a partnership with the local government, the company announced on Wednesday.

The planned facility in the city of Shaoxing is expected to have an annual capacity of 180,000 vehicles once it begins operating in mid-2019, said the company’s Chairman and CEO Zhang Hailiang.

The company, founded two years ago, also said it will move its headquarters from Beijing to East China’s Zhejiang.

DEARCC came to the public’s attention in 2015 when Jia Yueting, founder of the tech firm LeEco became one of its investors, though he later withdrew.

The electric car industry has undergone rapid development in China over the last few years, primarily thanks to Beijing’s many incentives, including subsidies.

Companies without any experience in the auto industry such as DEARCC have since rushed into the fledging market, which is now the world’s largest. More than 500,000 electric vehicles were sold in China in 2016, almost half of the global output.

China started issuing permits that allow companies to produce just electric vehicles in 2015, in a bid to foster competition in the predominantly state-owned auto industry.

Compared with getting a license to produce traditional cars, acquiring one of the permits requires firms to meet less-strict standards and jump lower technological hurdles.

Many companies have rushed to grab such permits, with 15 companies obtaining such licenses from the government.

But Beijing suspended the initiative in June due to concerns that allowing so many companies to enter the market may create a glut, leaving at least 20 companies who have filed applications high and dry.

To avoid being elbowed out of the increasingly competitive market, smaller players have also begun to partner with larger companies. For example, internet entrepreneur William Li’s NIO Capital has announced a partnership with Anhui Jianghuai Automobile Group Corp., known as JAC Motors.

DEARCC has yet to obtain such a permit, but Zhang is confident that the regulatory obstacles will be cleared once the new plant is built because the electric cars manufactured there could be used to persuade the regulator to issue a permit in the future.