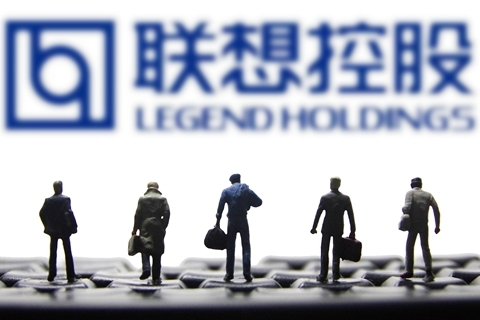 Legend Holdings is applying to become one of two Hong Kong-listed mainland firms to be designated by the State Council for a pilot program to freely convert unlisted “domestic shares” into “H-shares” traded on the Hong Kong stock exchange. Photo: Visual China

China’s technology and investment conglomerate Legend Holdings Corp. is seeking to take part in a long-awaited pilot program to float otherwise non-tradable shares on the Hong Kong stock exchange, according to people close to the matter.

The parent company of personal computer and smartphone maker Lenovo Group is applying to become one of two Hong Kong-listed mainland firms to be designated by the State Council for a pilot program to freely convert unlisted “domestic shares” into “H-shares” traded on the Hong Kong stock exchange, sources told Caixin.

Another applicant is ZhongAn Online Property & Casualty Insurance, an online insurer that raised $1.5 billion from its IPO in Hong Kong in September, Caixin learned.

Currently, converting unlisted domestic shares to H-shares requires approval from the general shareholders’ meeting before getting clearance from the China Securities Regulatory Commission (CSRC) and Hong Kong’s exchange operator. Under the pilot program, companies will be allowed to fully convert their non-tradable stock into free-floating H-shares, available for investors to buy and sell in the secondary market.

Legend’s H-shares declined 0.42% to HK$20.6 at the close of trading Wednesday. A company spokesman didn’t respond to Caixin’s calls seeking comment. But in a statement released last week, the company proposed to amend its corporation code to include the full convertibility of H-shares.

Caixin learned from sources earlier this month that the State Council was planning for the full convertibility pilot as another step forward towards loosening the government’s grip on financial markets. China securities regulators have made several attempts to push toward full convertibility between listed companies’ H-shares and domestic shares since 2012. Such efforts have been blocked by concerns over the impact on the yuan’s value and on capital outflows.

China Construction Bank, which debuted in Hong Kong in 2015, was the first — and last — Chinese company whose unlisted domestic shares were fully converted to H-shares.

The Hong Kong bourse is embracing the move because full convertibility is expected to boost volume on the exchange. But mainland regulators are taking a cautious approach because the move involves issues of capital flows and differences in valuations between non-tradable shares and listed H-shares.

Listed in Hong Kong in 2015, Legend Holdings has about 392 million Hong Kong-listed H shares, or about 16.6% of total equity. The remaining 83.4% are non-tradable shares, mostly held by company founders and executives, according to the company’s 2016 annual report.