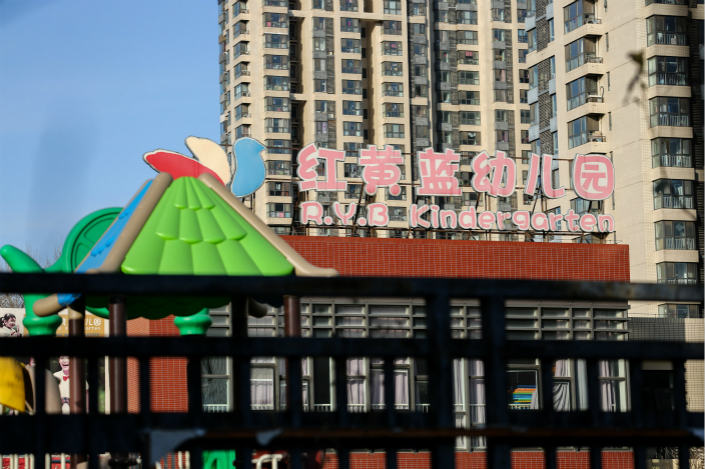 An initial probe by Beijing’s corruption watchdog found that the head of Chaoyang District’s Education Commission and two other officials had “failed to carry out their duties” following a case of child abuse at a local school run by New York-listed RYB Education Inc. Photo: IC

Three officials overseeing schools and kindergartens in Beijing’s Chaoyang district are under investigation for possible negligence and “violations of party discipline” after a case of child abuse sparked public outrage.

An initial probe by the municipal corruption watchdog found that the head of Chaoyang District’s Education Commission, Xiao Wen, as well as his deputy Fu Lin and another official had “failed to carry out their duties,” the commission said in a statement on Wednesday.

But the Beijing Municipal Commission for Discipline Inspection didn’t offer any details about the nature of their possible misdeeds, the website said. The Communist Party’s graft buster usually uses the euphemism “violating party discipline” to refer to taking bribes.

Police have so far detained one 22-year-old teacher suspected of child abuse.

Police said they have looked through 113 hours of video footage retrieved from surveillance cameras at the kindergarten. Investigators dismissed earlier claims by parents who said some children were sexually molested and given unidentified pills and brown syrup.

However, police also acknowledged that the computer hard drive kept in the surveillance room, where all the footage was stored, was damaged by a worker who was allowed to use the room as her dormitory and intermittently turned off the computer to reduce noise.