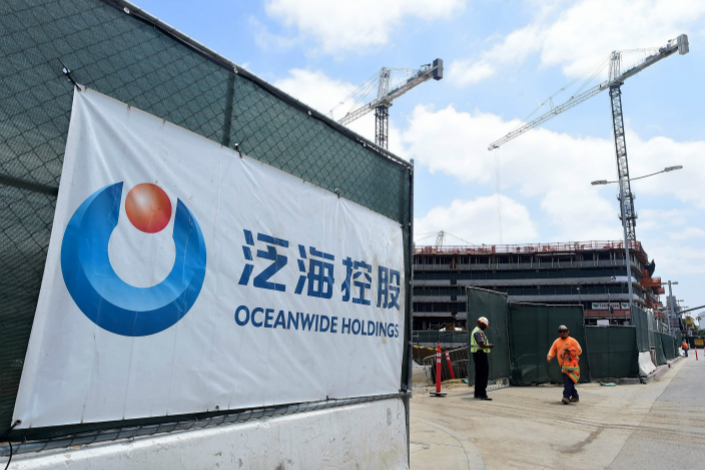 Real estate developer China Oceanwide’s proposed $2.7 billion purchase of U.S. insurer Genworth was first announced in October 2016, but it has yet to receive approval from the government body that reviews foreign takeovers of U.S. companies. Photo: Visual China

The deadline for real estate developer China Oceanwide Holdings Group Co. Ltd.’s purchase of U.S. insurer Genworth Financial Inc. has been extended again to give the two companies time to refile for approval from U.S. regulators.

The deadline, which had previously been pushed back from Aug. 31 to Nov. 30, has now been extended to April 1, the companies announced Wednesday.

The $2.7 billion deal was first announced in October 2016, but it has yet to receive approval from the Committee on Foreign Investment in the United States (CFIUS), a government body that reviews foreign takeovers of U.S. companies.

Oceanwide and Genworth plan to refile their joint application soon, the two companies said. This will be the third time they are filing a joint voluntary notice. The two companies are in “discussions with a U.S. provider about proposed mitigation approaches,” Genworth CEO Tom McIrney said in the statement.

There is no guarantee that CFIUS will approve Genworth and Oceanwide’s next refiling, but Oceanwide will “remain committed to the transaction and look forward to continuing to work closely with Genworth and the regulators reviewing our transaction,” Oceanwide Chairman and founder Lu Zhiqiang said in the statement.

Oceanwide has established a significant presence in the U.S. real estate market, with properties in New York, San Francisco and Los Angeles, including the $1 billion Oceanwide Plaza complex in downtown Los Angeles.