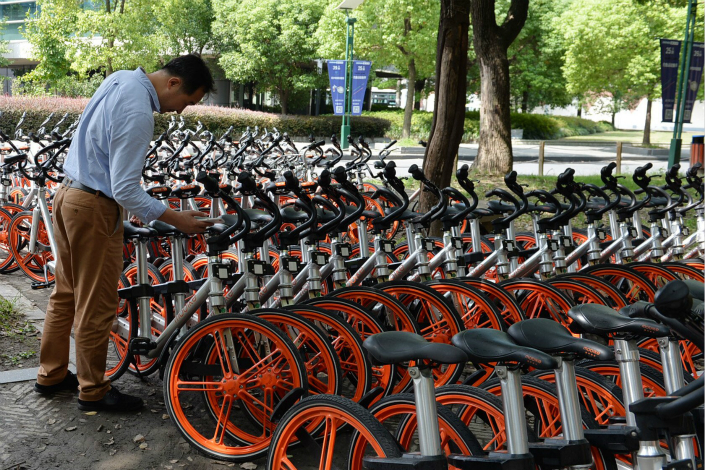 Shared-bike giants Mobike and Ofo have denied accusations of financial mismanagement, amid reports that 6 billion yuan ($909 million) of user deposits has been spent on supporting the rivals’ rapidly expanding businesses.

The report in which the mismanagement claim was made, which was published by technology news website lanjingtmt.com on Thursday, also quoted anonymous sources at both companies as saying that the sector leaders are also struggling to pay bike manufacturers.

Ofo said in a statement that it adopted measures to guarantee the safety of users’ deposits on the day the company was founded, and said users can get their money back without any problems.

In Mobike’s response to what it called “erroneous reports,” the company said it maintains the lawful right to protect its own interests and called for the bike-sharing industry to always put users’ interests first.

China’s shared bike industry has become increasingly consolidated after two years of exponential growth, which has produced a market dominated by Mobike and Ofo.

The volatile market — which has seen dozens of companies rushing in — has seen several players collapse already, including Wukong and 3Vbike. Bluegogo, one of China’s top second-tier bike-sharing companies became the latest casualty last month when it was revealed that the company has ran into serious financial problems.

These bankrupt or financially troubled bike-sharing companies have become a source of concern for regulators, as some users have complained that they have not been able to get their deposits back.

The Ministry of Transport said last month that China will work on policies to better manage the problem and “take proactive measures” to prevent risks. And in May, the ministry and the People’s Bank of China released a draft report that said these deposits have to be strictly separated from other funds to avoid misuse.

Speculation is rife that the bike-sharing industry will follow the route of other formerly booming sectors in the country, which usually end up with a monopoly to avoid costly competition.

The most prominent example is the car-hailing sector, which is now dominated by Didi Chuxing after it merged with Uber last year.

However, both Mobike and Ofo insist that they won’t merge. At a recent public event, Wang Xiaofeng, the CEO and co-founder of Mobike, dismissed this idea once again, saying “I don’t think there is any possibility of a merger.”

Wang said his company will focus on differentiating its products and improving its brand connections with users, which he described as the two key ways of avoiding a merger.