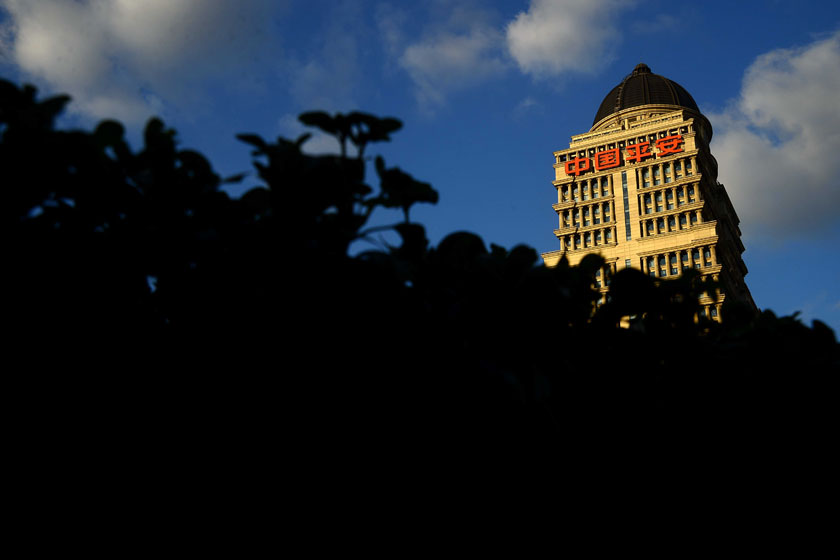 Ping An Insurance has acquired a 5% stake in HSBC to become the second-biggest shareholder. Above: Ping An’s headquarters in Shanghai. Photo: CFP.

China’s Ping An Insurance has acquired a 5% stake in HSBC Holdings, becoming the second-biggest shareholder of Europe’s largest bank, according to the insurer’s regulatory filing on Wednesday.

Ping An’s filing to the Hong Kong Stock Exchange indicates that Ping An’s asset management arm has bought more than 1 billion of HSBC’s Hong Kong listed shares as of Dec. 15 through the stock connect program that links the Hong Kong and mainland bourses.

The stake—5.01% precisely—was worth HK$77.5 billion ($9.9 billion) based on HSBC’s closing price on Wednesday. That puts Ping An second only to Black Rock Inc., which has a 6.99% stake in HSBC. The bank’s third-largest investor is JPMorgan Chase, which has a 4.8% stake.

Ping An said the stake purchase represents a financial investment based on the bank’s strong performance and sound dividend payments.

“(The investment) complies with the assets and liabilities matching principles of insurance fund investment,” Ping An said.

The investment reversed the past relationship between the two companies. HSBC had been a major shareholder in Ping An, starting in 2002. But the London-based bank sold all of the 15.6% stake it held in 2012 to Thailand's Charoen Pokphand Group (CP Group) for $9.38 billion. HSBC made a net profit of $2.6 billion from the decade-long investment.

Ping An is China’s second-largest insurer, with total assets of 6 trillion yuan at the end of June. The company has become a financial conglomerate with business covering insurance, banking, investment and asset management.

As of late June, HSBC had assets totaling $2.49 trillion, with business operations covering 60 countries and regions.