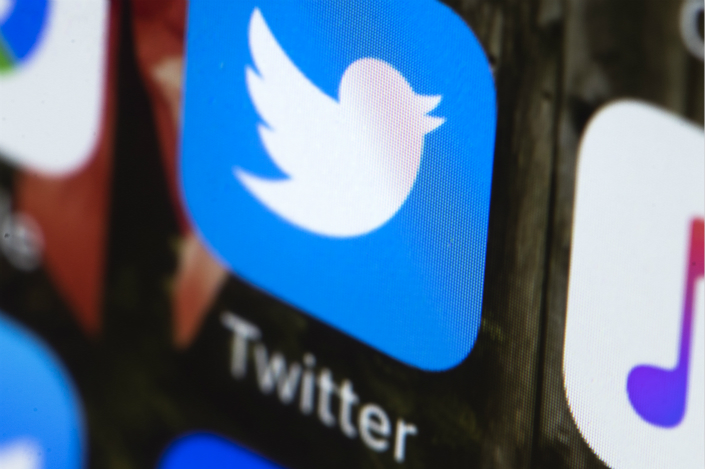 Twitter’s low-key China approach comes as it looks for a long-term formula for profits and sustained revenue growth. The firm reported its revenue fell 4% in its latest reporting quarter this year, and it posted a net loss of $21 million. Photo: Visual China

Despite being blocked in China, global social networking giant Twitter Inc. is flitting around the edges of the world’s largest internet market.

The preferred communication channel of U.S. President Donald Trump has set up a team dedicated to the Greater China market, mostly based in Hong Kong and the company’s Asia headquarters in Singapore, Asia Pacific Managing Director Maya Hari told Caixin in an interview. That team serves the Chinese mainland, Taiwan and Hong Kong, and has nearly doubled in size this year, she added.

Hari declined to give specific numbers, including any figures for the company’s China business in terms of headcount or sales. Twitter earns most of its money from the Chinese mainland by selling advertising and other services to Chinese companies looking to reach Twitter’s global audience.

That approach is similar to one used by Facebook Inc., the other U.S. social networking giant. But Facebook has taken a more aggressive approach to China, including the establishment of sales offices in Beijing and Shanghai. Facebook founder Mark Zuckerberg has also said on numerous occasions that he wants his company to have a presence of some sort in China, while Twitter has been much more muted on the subject.

China is the world’s largest internet market with more than 700 million web surfers, many of whom go online to socialize and get news. But it is also one of the world’s most tightly controlled online markets, with all sites required to self-police their content and eliminate anything sensitive. Facebook and Twitter have both been blocked in the country since 2009, as are many other major international social networking sites.

Twitter is hoping to build up its China business by tapping a growing pool of local companies that want to go global, said Hari, adding that she travels to China around twice a year. She added that one of her company’s biggest strengths is its ability to advise Chinese companies on the best strategies for expanding overseas.

Twitter’s low-key China approach comes as it looks for a long-term formula for profits and sustained revenue growth. The firm reported its revenue fell 4% in its latest reporting quarter this year, and it posted a net loss of $21 million. By comparison, Facebook, which was founded and rose to prominence around the same time, has had much more success parlaying its platform into a money-spinning machine. Facebook posted more than 50% revenue growth, and a tripling of its profit to more than $10 billion for all of 2016.