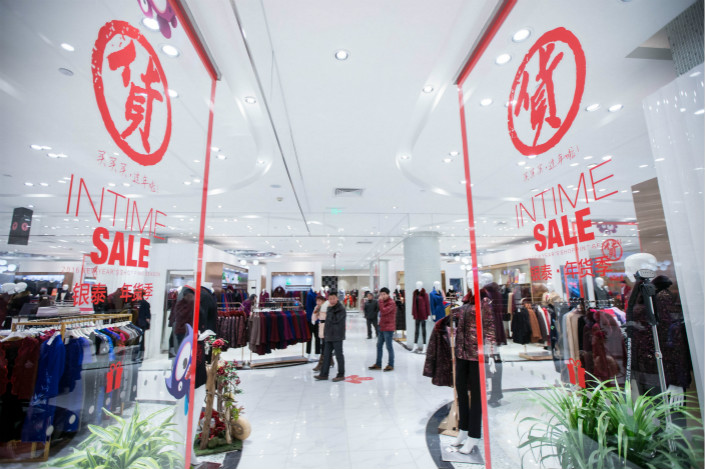 The new joint venture will have first pick of any business projects in which the companies get involved from now on. Above, a Yintai department store in Hangzhou, Zhejiang province, is seen in January 2016. Photo: Visual China

A regional supermarket group has partnered with Alibaba to set up a new retail joint venture, continuing the e-commerce giant’s push to blur the distinction between online and offline shopping.

By cooperating with Alibaba, Nanjing Central Emporium “can facilitate the process of transforming into a ‘new retail’ supermarket group and take advantage of Alibaba’s offline businesses in Jiangsu,” the supermarket group said in a statement on Wednesday.

The new joint venture — which is worth about 30 million yuan ($4.5 million) with Alibaba holding 70% of the stake — will have first pick of any business projects in which the companies get involved from now on.

The new tie-up marks Alibaba’s latest effort to expand its presence from online to offline. It was reported in September that the company was building a five-story shopping center in the eastern Chinese city of Hangzhou.

This year marked the start of Alibaba’s “new retail” era — a phrase the firm has seeded in its announcements. In essence, the strategy seeks to blend online, offline, logistics and data units across a single value chain, Alibaba Executive Chairman Jack Ma said in February.

Alibaba incubated a project called Hema, which rolled out an app that allows users to order groceries on a cellphone for delivery and use Alibaba-affiliated online payment platform Alipay to make purchases.

Hema also has brick-and-mortar stores just like normal convenience stores, which allow customers to hand-select food and eat inside.