Regulator Zeroes In on Mismatch Between Insurers’ Assets, Liabilities

By Aries Poon and Yang Qiaoling 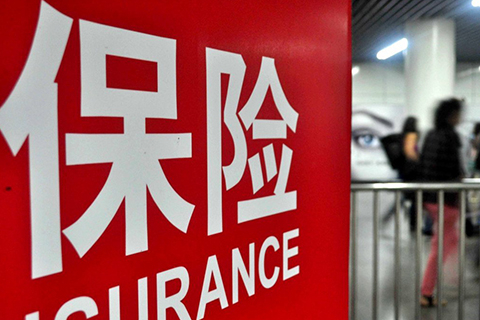 Starting next year, China’s insurance regulator will regularly assess how insurers manage their assets and liabilities. Poorly performing insurers will be subject to more oversight and restrictions on how they use their capital and sell their products. Photo: IC

China’s insurance regulator is taking aim at risks stemming from a mismatch between the maturities of companies’ assets and liabilities.

Over the past two years, aggressive insurers such as Anbang Insurance and Baoneng Group have been holding more short-term liabilities than assets. Some of them chased after high-yielding, but longer-duration investments such as real estate and football clubs, to fulfil their promises of guaranteed or high returns for policyholders. In other cases, they issued very short-term universal life insurance products to amass funds quickly to finance high-priced deals.

The problem is, in an event of crisis, these long-term assets are difficult to liquidate, potentially pushing insurers toward insolvency.

Starting next year, the China Insurance Regulatory Commission (CIRC) will regularly assess how insurers manage their assets and liabilities, the watchdog said in a statement Friday.

“Insurers should have a comprehensive and healthy asset-liability management system in place that can continuously improve its own asset allocation, detect mismatches between assets and liabilities and prevent maturity mismatch risks from occurring, the regulator said.

Once a sleepy sector, China’s insurance industry went through a transformation after the regulator allowed cash-rich or financially savvy private companies with no insurance experience to get into the business earlier this decade.

While that policy opened up the market, it caused things to get out of hand — at least from the government’s perspective. Some of those newcomers are now infamous for what the Chinese government calls “irrational” overseas acquisitions, or masking their aggressive leverage with universal life insurance — essentially a high-risk fundraising tool.

Underregulated, superleveraged insurers have resulted in concerns about how hidden risks are growing within the already bloated financial system, and that led to the regulator’s clampdown on risky, and sometimes reckless, corporate behavior.

Foresea Life, the insurance arm of property conglomerate Baoneng Group that made headlines for its failed leveraged buyout of real estate developer Vanke Co. Ltd. from 2015 to 2017, has been banned from selling universal life policies since December 2016.

The owner of the landmark Waldorf Astoria New York hotel, Anbang saw the number of its shareholders increase from seven to 39 by September 2014, while its registered capital ballooned to 61.9 billion yuan, or $10 billion at the time, according to a previous article published by Caixin. Behind the swelling capital were a series of complicated transactions that formed a maze of capital flows involving more than 100 companies, all linked to the company’s then-chairman, Wu Xiaohui, who eventually stepped down for undisclosed reasons.

In 2016, China overtook Japan as the world’s second-largest insurance market as measured by premium income. The domestic insurance industry’s premium income during the first nine months of this year jumped 21.01% year-on-year to 3.05 trillion yuan ($460 billion)

Still, the growth rate was down 11.17 percentage points from the same period in 2016 as the regulator cracked down on funding risky investments with the sale of short-term policies.