Startup Nio to Launch Its First Electric Car for China 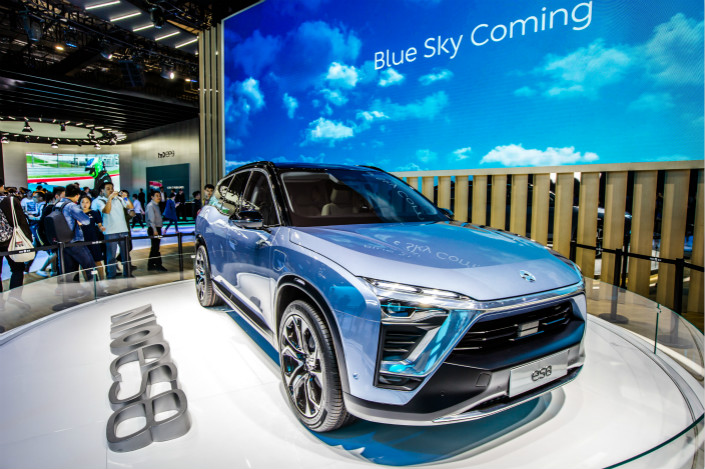 The Nio ES8 electric SUV (above) is expected to hit the Chinese market in the first half of 2018, the company announced. Photo: Visual China

Electric vehicle startup Nio plans to offer customers its first model within months, offering it at a price far below that of Tesla Inc.’s comparable model.

The launch could put pressure on Tesla in the world’s largest electric vehicle market because the U.S. company isn’t expected to manufacture its Model X into China until 2020, Tesla CEO Elon Musk said recently.

Nio took in 1.1 billion yuan in its fifth and latest round of fundraising, according to people familiar with the matter. The automaker counts Tencent Holdings Ltd., Baidu Inc., e-commerce retailer JD.com Inc. and venture capital firms Hillhouse Capital Group and Sequoia Capital China among its investors.

Nio, founded three years ago by internet entrepreneur William Li, is among a group of startups that have taken advantage of central government incentives, including subsidies, for the electric car industry.

WM Motor Technology Co. Ltd. unveiled its first model — a purely electric SUV — last week after completing a new round of fundraising from a group led by Baidu.

Unlike Tesla, Nio has adopted a battery swap system, which will enable owners to swap their vehicles’ battery packs for fully charged packs in about three minutes at stations around the country. Nio plans to set up 1,100 such power-swap stations by 2020.

The company also plans to offer mobile charging services through what it calls “power mobile” vans equipped with battery packs and onboard chargers.

However, it is still unclear whether the business model will work, given the lack of infrastructure. For charging facilities to be as prevalent as gasoline stations in China, 100,000 charging facilities are needed, requiring an investment of up to hundreds of billions of yuan, according to data provider bosidata.com.