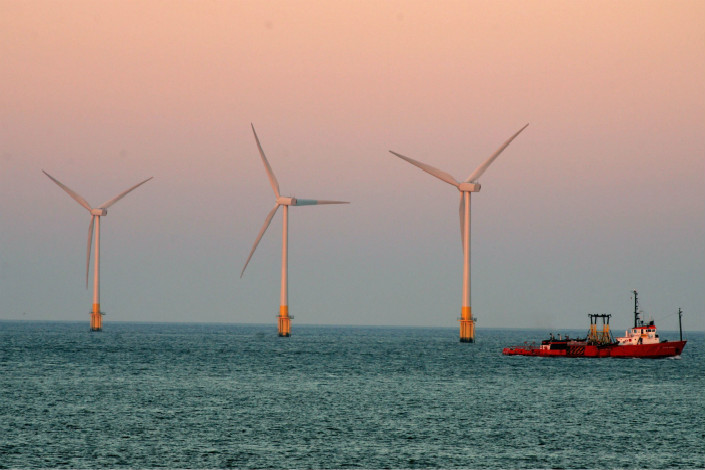 A consortium controlled by China Resources Group has agreed to acquire a minority stake in a U.K. offshore wind farm, according to a Hong Kong stock exchange filing Tuesday.

China Resources Power Holdings Co. Ltd. and two other subsidiaries of the state-owned China Resources Group, will invest up to 600 million pounds ($802.4 million) in a 30% stake and a related shareholder loan in the Dudgeon Holdings Ltd. commercial wind farm off the coast of Norfolk in the U.K.

The 402 megawatt-capacity wind farm is currently owned by Statoil Wind Ltd., Masdar Offshore Wind UK Ltd. and Statkraft UK Ltd. Statkraft’s existing 30% stake will be sold to the consortium, according to a statement by the Norwegian state-owned hydropower company. Statoil and Masdar will remain shareholders, each with a 35% stake.

The deal still depends on approval from Chinese and German regulators, and may also need the OK of South Korea’s competition regulator, Statkraft said in its statement.

Directly controlled by China’s central government, China Resources Group has companies involved in a wide range of businesses, including breweries, real estate and medicine. The Statkraft stake purchase is the group’s first investment in European offshore wind power, according to Tuesday’s filing, which said the acquisition “will enable the Group to establish a platform for cross-border expansion into European markets” and allow it to “forge strategic partnerships with established renewable energy stakeholders.”

China Resources Group is the second major Chinese state-owned company to announce a European wind power investment in recent weeks. In November, coal and power giant Shenhua Group bought a 75% stake in four Greek wind parks developed by the Copelouzos Group, and agreed to collaborate with the Greek company on 3 billion euros ($3.54 billion) worth of green energy projects.