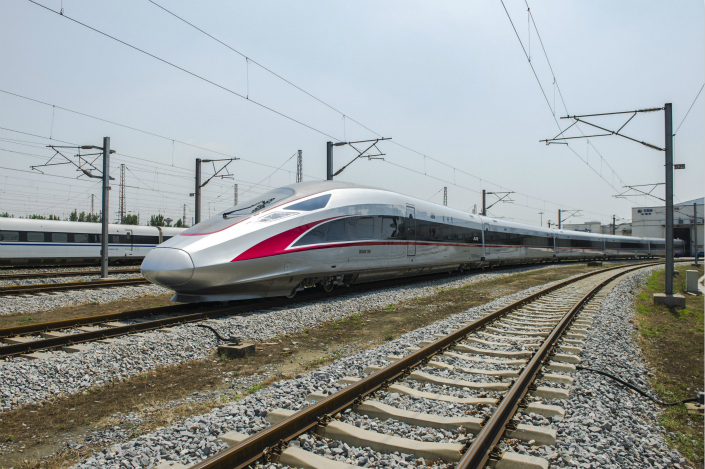 A consortium, led by China Railway Corp., plans to submit a high-speed rail proposal that will emphasize China’s strengths in railway construction, including its experience building a high-speed railway in the tropics. Photo: Visual China

A consortium led by China Railway Corp. (CRC) intends to submit a proposal for the planned Kuala Lumpur-Singapore High-Speed Rail that would link Malaysia with its southern neighbor, personnel from the national rail operator told Caixin.

Malaysia’s MyHSR Corp. and Singapore’s SG HSR Private Ltd., which were formed after the two countries’ governments signed a high-speed rail agreement last year, announced Wednesday that they would be accepting bids for a railway “assets company” until June 2018.

A deputy general manager of CRC, Huang Min, will lead a group of at least eight companies — including China Communications Construction Co. Ltd., China Investment Corp. and the Export-Import Bank of China — to work on a proposal, which has not been submitted yet, the CRC staffer told Caixin.

A number of companies from other countries, including Japan, South Korea, France and Germany, also intend to submit proposals, the staffer said.

The assets company will be tasked with designing, building, financing and maintaining the trains, tracks and communications systems for the high-speed railway, which is expected to be completed by 2026.

The Chinese consortium’s planned high-speed rail proposal will emphasize China’s main strengths in railway construction, including the fact that it is the only country to have experience building a high-speed railway in the tropics (in Hainan province), sources said.

The Kuala Lumpur-Singapore High Speed Rail will mark a major milestone for the Trans-Asian Railway, an ambitious United Nations project that since the 1950s has attempted to build a continuous link between Istanbul and Singapore. The new link is also important to China as part of the Singapore-Kunming Rail Link, a Belt and Road plan to plug Southeast Asia into China’s domestic high-speed rail network.

Kuala Lumpur and Singapore are currently seven hours apart by rail, and the 350-kilometer (217.5 mile) high-speed railway is expected to cut down the journey between the cities to 90 minutes, linking eight stations.