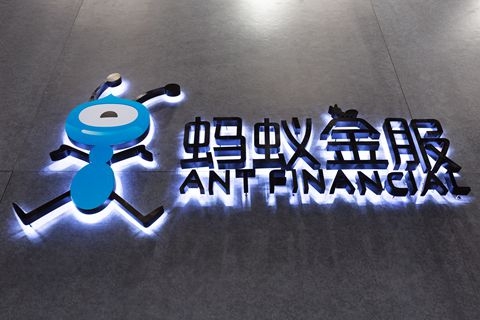 Alipay will benefit from its partnership with EMVCo because it “will help promote Alipay’s credibility globally and push forward its international expansion,” a source told Caixin. Photo: Visual China.

China’s Ant Financial Services Group has tied up with international secure-payments consortium EMVCo, giving a boost to the operator of the world’s largest mobile and online payments platform at a time it is pushing to expand in the global marketplace.

“These organizations have the opportunity to provide input to, and receive feedback on, detailed technical and operational issues connected to the EMV specifications and related processes,” EMVCo said in the statement.

A source from UnionPay, China’s only bankcard association, said Alipay will benefit from its partnership with EMVCo because it “will help promote Alipay’s credibility globally and push forward its international expansion.”

The alliance could boost Ant Financial-backed QR-code payments and pose greater challenges to traditional bankcards. One possibility is that EMVCo may integrate Alipay’s QR payment standards into its global standards, some market analysts said.

Ant Financial set up its partnership with EMVCo this past February and has started discussions with it on related payment standards, a person with knowledge of the matter at Ant Financial told Caixin.

But some analysts say Ant Financial’s influence may be diluted in EMVCo’s worldwide specifications for secure payments because EMVCo has 60 technical partners.

“There is little possibility that (EMVCo) will promote Alipay’s QR code standard as an international standard because the unification of technical standards requires the negotiation of many parties,” a technical expert at China UnionPay said.

China has gotten the world’s attention with its fast leap into cashless payments. Whether living in big cities or small counties, Chinese people have increasingly embraced using their smartphone to make payments by swiftly scanning a black-and-white barcode.

Known as quick respond (QR) code, the scan-and-pay method allows people to pay for everything from lattes to taxi rides, replacing cash as well as traditional bankcards.

In 2016, China’s mobile payments transactions handled by non-bank channels hit 38 trillion yuan ($5.5 trillion), about 50 times the size of the $112 billion market in the U.S., according to market research firm iResearch.

Banks and bankcard associations are trying to catch up the race with tech firms in the new payment market. In China, UnionPay and its member banks joint released QR code standards to compete with Alipay and WeChat Pay.