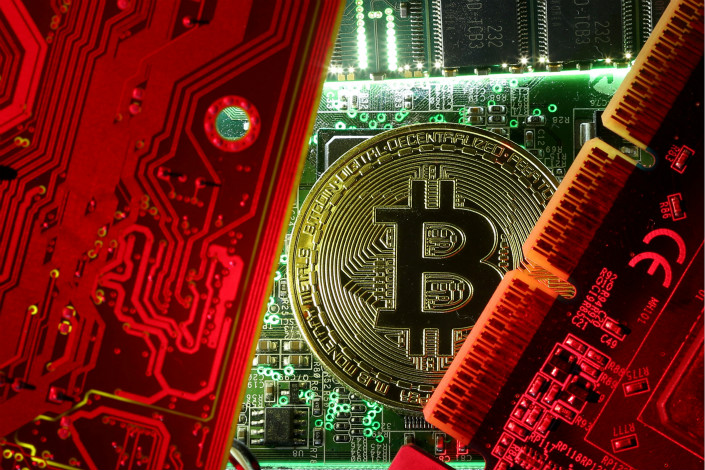 The price of the most-traded cryptocurrency rebounded after a five-day slump. Photo: Visual China

The cryptocurrency was trading over the $16,000 mark on Wednesday afternoon in Beijing, after falling nearly 40% from its high of $19,695 on Dec. 17, according to data from Coindesk.

Year-end profit taking is quite normal for financial products, a senior executive at a blockchain technology company told Caixin, adding it was “healthy for it (bitcoin) not to just go up and up.”

The correction was inevitable as the price had increased dramatically, said Yang Dong, vice dean of Renmin University’s School of Law and a long-time industry watcher, but added it was likely to continue to rise in the future.

Some pointed to the proposed regulation in South Korea, a growing market for bitcoin trading, as well as news of cyber heists, which in one case resulted in the bankruptcy of a local Korean exchange after 4,000 bitcoins were stolen.

Based on measurements of historical volatility, bitcoin’s recent performance has not been out of the ordinary, said Derek Wong from the Aquifer Institute, which operates a digital trade financing platform.

“I believe the majority of long-term participants in this market are not fazed by this type of volatility,” Wong said, adding that comparable price swings had taken place in July and September.

Cryptocurrency investor Nishant Sharma said he was surprised the “decreasing usability and increasing merchant abandonment of bitcoin have not been a bigger hindrance to its price rally.”

“Markets are often irrational and always hard to predict but I believe that, in the long run, strong fundamentals will play a major role in price appreciation,” Sharma said.