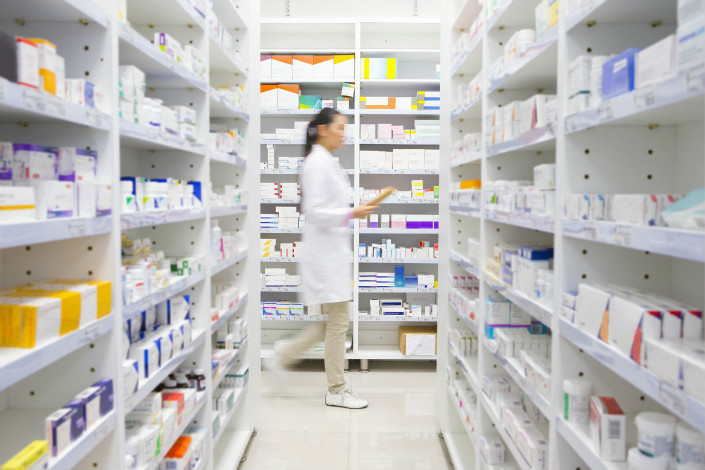 A new report says that a spate of expected drug approvals in China will pave the way for the drugmakers to further expand in one of the world’s largest drug markets. Photo: Visual China

Foreign pharmaceutical giants Bristol-Myers Squibb, Novartis and AstraZeneca will win approval for some of their star products from China’s drug regulator in 2018, drug data provider PharmCube predicted in a recent report.

The approvals will pave the way for the drugmakers to further expand in one of the world’s largest drug markets, the report said.

Bristol-Myers’ cancer injection nivolumab is expected to be greenlighted in the first quarter, as China’s Center for Drug Evaluation began reviewing it in November, according to the report by the Beijing-based PharmCube.

The U.S. drugmaker has benefited from the regulator’s latest policy to speed up the drug approval process, especially for innovative drugs or drugs in great demand. In December, the regulator confirmed that it has accelerated the review process for the injection as “it has significant advantage in curing (the disease) over the current treatments,” according to PharmCube.

PharmCube expects the Bristol-Myers injection to be approved quickly because there is solid proof of its effectiveness and few products of its kind in the approval pipeline.

The nivolumab injection, branded as Opdivo, is one of Bristol-Myers’ best-sellers. The drug accounted for nearly a quarter of the company’s sales over the first nine months of 2017.

Opdivo can be used to treat several different kinds of cancer, including gastric cancer and renal cell cancer. There are about 680,000 cases of gastric cancer each year in China, accounting for about half the world’s total, the government-backed Beijing Evening News reported in April.

PharmCube predicted both drugs are strong candidates to be fast-tracked in the approval process. It expects the regulator will approve the olaparib tablets in the third quarter and the ceritinib capsule in the fourth quarter.

Other foreign drugmakers may benefit as the drug’s marketer, rather than its developer. For example, the fruquintinib capsule for colorectal cancer — the second-most prevalent cancer in China — is expected to be approved between July and September, PharmCube said. Eli Lilly & Co. will be in charge of marketing the product, while its developer is a Chinese peer, Hutchison MediPharma Ltd.