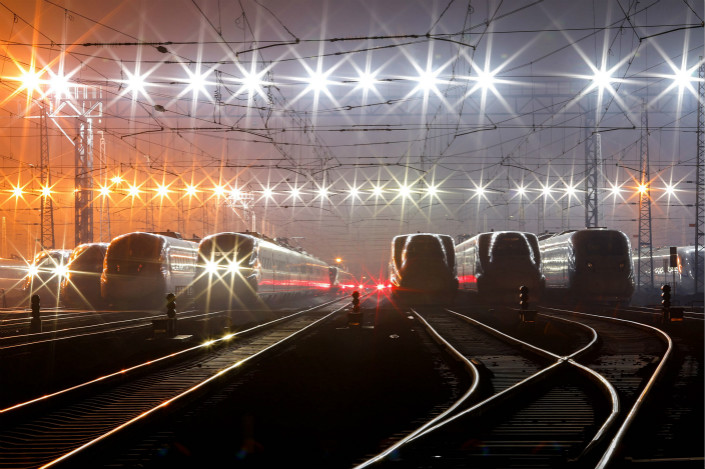 China Railway Corp. (CRC) will invest up to 732 billion yuan in the sector for 2018, down from last year’s 801 billion yuan, CRC said at a news briefing on Tuesday.

The newly announced final 2017 figure also is a slight decline from 2016’s 801.5 billion yuan, which represents a fourth straight year of decline.

After years of breakneck growth, China’s railway investment in 2010 reached a record high of 840 billion yuan, but fell over the next few years after the arrest of several high-level corrupt officials and the July 2011 collision of two high-speed trains in Wenzhou, Zhejiang province. The collision killed 40 people and injured nearly 200 others.

As the country turned to infrastructure investment to bolster economic growth, the annual railway investment started to climb back to the 800 billion yuan benchmark in 2014 and has stayed there ever since.

Over the years-long rapid expansion and investment frenzy, China has built the world’s largest rail network, which covered 127,000 kilometers (78,900 miles) at the end of 2017, according to CRC. High-speed rail made up 20% of the network.

Even as railway investment for this year is set to slow, the Transportation Ministry has said China plans to spend 3.5 trillion yuan in the railway sector as part of the country’s 13th Five-Year Plan, which charts development goals for 2016-20. Under the plan, the government will build 30,000 kilometers of new track over the five years, expanding the country’s railway network to a total of 150,000 kilometers.

Facing criticism from industry experts who argue that the country’s railway system has added to the country’s debt problem, the government has said that rail links are not about making profit, but are all-important infrastructure projects that will be beneficial to the long-term development of China’s economy.