By Zhu Liangtao and Aries Poon 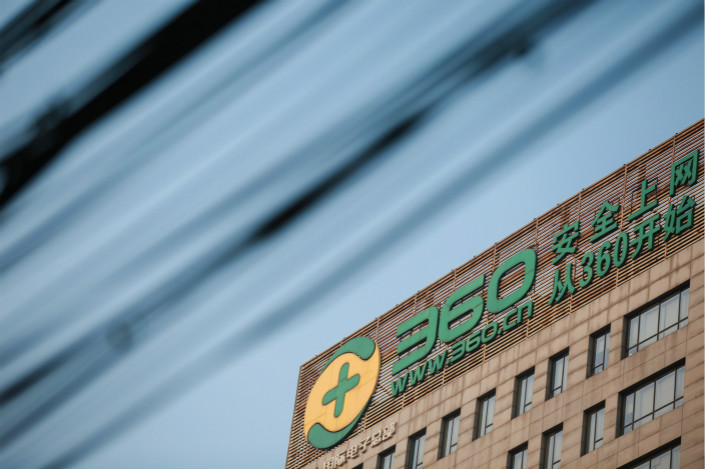 In what will be biggest reverse takeover in the A-share market in nearly three years, formerly U.S.-listed Qihoo plans to acquire 50.4 billion yuan ($7.74 billion) of new shares in Shanghai-listed elevator-maker SJEC Corp., and then spin off SJEC’s elevator-making assets. After the deal, Qihoo will gain a listing on the Shanghai bourse without a formal initial public offering (IPO).

SJEC resumed trading Tuesday. Its shares rose 6.9% to 49.15 yuan in the early session.

Qihoo’s plan was approved on Dec. 29, which took less than two months and was “exceptionally fast,” some market participants said. The swift review led them to wonder if the regulator, which has in the past openly opposed backdoor listings, has turned soft on companies that aim to acquire listing status through the purchase of “shell” companies.

Last year, the CSRC said the use of small, usually barely profitable listed firms as shells led to speculation, adding risk and volatility, particularly to smaller stocks. Regulatory approval for backdoor-listing plans usually took three to four months before, according to market participants

In fact, after Qihoo’s plan was unveiled Nov. 3, a few companies that were deemed having “shell” qualities — small market capitalization, low profit growth — rose in value by their daily 10% limit.

Shortly afterward, a spokesperson from the CSRC said China supports mergers and acquisitions in A-share stock markets initiated by so-called red-chip stocks — mainland Chinese companies that are incorporated and listed offshore. Although the spokesperson did not say whether reverse takeovers are included, some market participants interpreted this as another sign that the regulator is loosening its grip on mergers in general.

Qihoo was privatized from the New York Stock Exchange in July 2016 for $9.3 billion, the largest of such buyout. However, the deal ran into problems because of its size due to difficulties transferring the necessary funds from China to the U.S.

Company co-founder Zhou Hongyi had previously said he was in no hurry to relist, but a source close to the company told Caixin he had come under recent pressure to do so from some of the backers of his original buyout.

Qihoo was part of a broader wave of about three dozen U.S.-listed companies that announced plans to privatize and leave New York, feeling their shares were underpriced and they could get better values by relisting in China.

Other companies that have made similar backdoor relistings in China after leaving New York include outdoor advertising specialist Focus Media Information Technology and hotel operator Homeinns Hotel Group. Most of those plans were announced in the first half of 2015, when China’s own stock markets were in the midst of a major boom that was followed by a major correction.