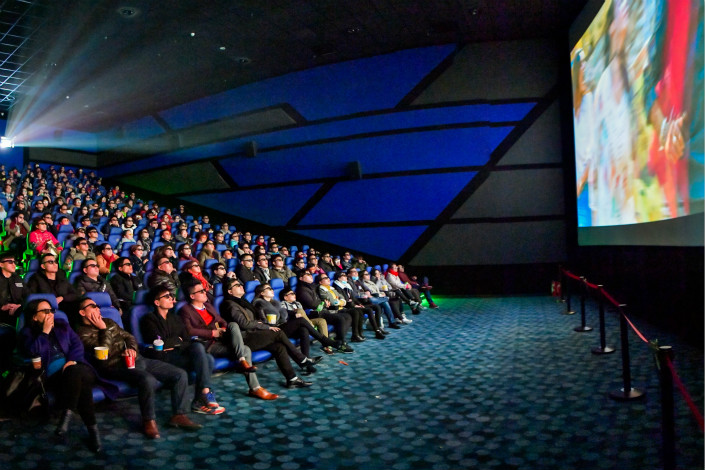 The performance in the past year was an increase of 13% annually, returning to a strong growth track after a meager increase of 4% in 2016, according to the State Administration of Press, Publication, Radio, Film and Television.

The recovery was partly due to a change in how box office figures are counted. Starting in 2017, the data included service charges if viewers buy tickets online. Those service charges run from 3 yuan to 5 yuan a ticket.

The champion last year was nationalistic action movie “Wolf Warrior 2,” with 5.7 billion yuan, followed by Hollywood’s “The Fate of the Furious” which raked in 3 billion yuan.

China is putting effort into exporting some of its best-performing productions. Last year, domestic films achieved a box office outside the country of 4.2 billion yuan, up 11.2%.

China has selected “Wolf Warrior 2” as its nominee for best foreign film at this year’s Oscars, although its overseas take only made up 2.4% of Chinese movies’ total revenue in foreign markets, according to Box Office Mojo.