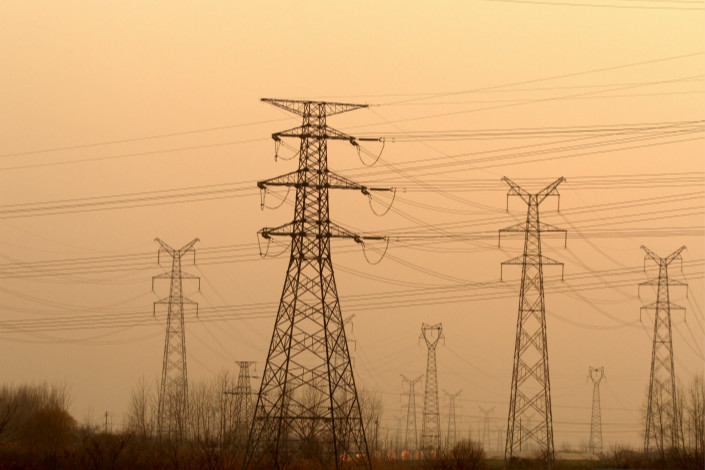 Distributed-power projects are expected to be immediately successful in areas like Beijing and Zhejiang province, where electricity prices are higher than the national average. Photo: Visual China

China’s central government has pushed back the deadline for regional governments to submit their respective plans for Beijing’s pilot distributed-power trading program after months of slow progress.

The National Development and Reform Commission and the National Energy Administration issued a joint statement last week that called on provincial-level areas to submit their plans for the pilot program, which is aimed at increasing the use of solar and wind power, by March 31 — three months later than the previous submission deadline.

The two central government agencies had announced in October a pilot program in which companies would generate electricity for their own use through small-scale generators and then sell the excess to the grid or to nearby users. The pilot’s original planned start date was Feb. 1, but that has been extended to July 1, according to last week’s statement.

Last week’s document was a response to the slow pace at which the governments have started work on the project, Tsinghua University photovoltaic industry researcher He Jijiang told Caixin. Many provincial-level areas had no idea how to concretely implement the plan and faced many uncertainties, including which areas within their respective regions should be included in the pilot project, and whether the power generated by participating companies would be compatible with the grid, He said.

The most recent central government statement on the pilot program also recommended that provincial-level governments choose power generators directly selling excess electricity to users as the main model for their distributed generation projects. The other alternatives are electricity grid companies selling on behalf of generators, and the grid companies’ directly purchasing electricity.

Additionally, the document said that participating wind and solar power generators would not be limited by industrywide capacity quotas if they were to voluntarily give up the subsidies China provides to renewable energy companies. The country has been trying over the past year to wean renewable energy firms off subsidies.

Distributed-power projects are expected to be immediately successful in areas like Beijing and East China’s Zhejiang province, where electricity prices are higher than the national average. Surplus power from smaller energy generators would cost less than the current commercial price to produce and connect to the grid, He told Caixin.

“If this kind of trading model can be smoothly implemented, businesses will no longer be dependent on government subsidies to develop, and the government’s role will simply be to maintain order on the market. For the solar power industry, this would be an ideal state of development,” He said.