Developers Still on the Hunt for Money Overseas 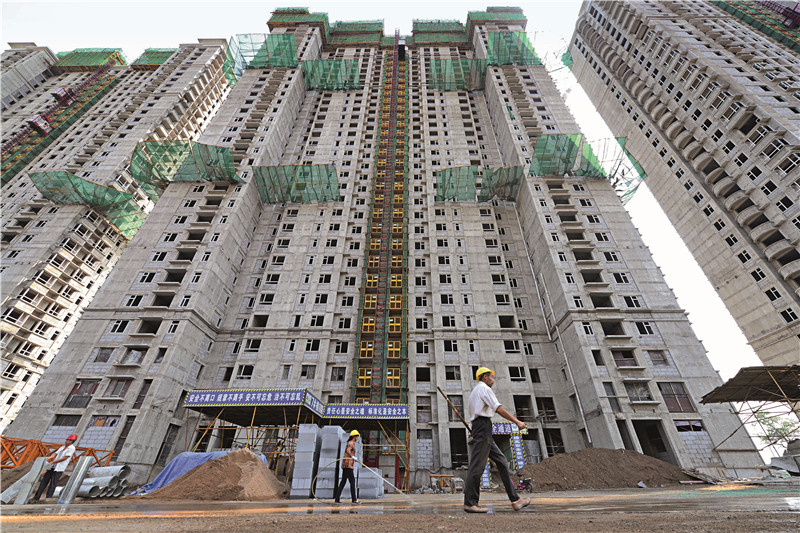 Chinese real estate companies raised $38.9 billion from overseas markets in 2017, up 176% from the previous year, according to Centaline Group. The burst appears to be continuing. Photo: Visual China

In the first two weeks of this year, at least four major real estate companies have unveiled plans to issue bonds or medium-term notes at overseas markets, to raise a combined $2.6 billion. That burst is on top of soaring overseas financing seen in 2017.

Data from property agent Centaline Group indicate overseas fundraising by real estate companies has totaled $38.9 billion in 2017, up 176% from the previous year.

“The tightening credit will continue in 2018,” pushing up financing costs, said an executive at a trust company. Meanwhile, stricter regulatory scrutiny on corporate debts and financing activities will also pose challenges to developers’ capital chain, the executive said.

Over the past year, top financial regulators have issued a slew of regulations targeting off-balance sheet lending activities. These included a sweeping rule on the country’s $15 trillion asset management market as well as a recent crackdown on irregularities related to entrusted loans, in which a bank acts as only an intermediary to arrange and administer the financing between the borrower and lender.

Caixin learned recently that the China Banking Regulatory Commission (CBRC), the top banking regulator, has signaled it will continue tightened oversight on lending to the real estate sector in 2018 to rein in risks from irregular financing.

The banking regulator’s pledge echoed a statement made by top policymakers at the annual Central Economic Work Conference last month to improve long-term mechanisms to ensure the stable and healthy development of the real estate market.

Several financial analysts told Caixin that the competition among property developers to raise money will heat up as many face massive repayments between 2018 and 2019 for their debts issued in previous years.