By Coco Feng and Hou Wen 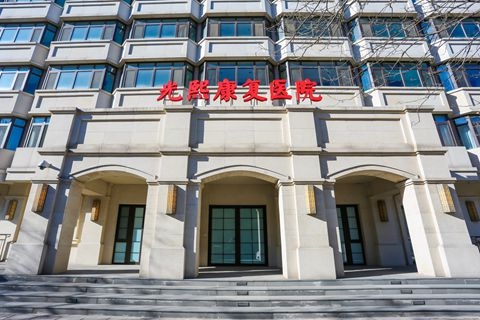 China is seeing its population rapidly age after decades of single-child families. From 2010 to 2040, China will see the proportion of those 60 or older grow from 12% to 28%, according to the United Nations. Pictured is Vanke's 100-bed Beijing elder care center. Photo: Vanke

A rapidly graying China is enticing companies from both home and abroad to roll out senior care facilities, including a major development unveiled in Beijing this week.

The center, which opened Wednesday, is in the same tract as a Vanke apartment for the elderly, which offers services to retirees from both the apartment and some top public Beijing hospitals that the project has partnered with.

Since 2009, Vanke has explored getting into the promising elder-care business, followed by domestic rivals that include China Poly Group Co. and Sino-Ocean Group.

Foreign competitors have caught up to local ones in the industry. On Tuesday, the second day of French President Emmanuel Macron’s visit to China, two French companies signed agreements to enter the Chinese market with their offerings of “telecare,” or the monitoring and oversight of health care over a distance.

Telecare firm Senioradom and Sigfox, provider of “internet of things” connectivity, will roll out a telecare program in 20 Chinese cities, beginning in the southwestern city of Chengdu.

The Chengdu High-Tech Industrial Development Zone has promised an investment of nearly 300 million euros ($359 million) to deploy the program, made up of different movement sensors and door-opening detection, as well as an alert and geolocalization system.

China is seeing its population rapidly age after decades of single-child families. From 2010 to 2040, China will see the proportion of those 60 or older grow from 12% to 28%, according to the United Nations.

As a result, the next generation of the elderly — the majority of whom have only one child preoccupied with their own middle-aged lives — will resort to institutions for senior care.

The senior-care industry is expected by the Chinese Academy of Social Sciences to reach 13 trillion yuan ($2.0 trillion) by 2030.

The government is operating some elderly-care homes too, but they are so crowded that “a retiree finds it hard to secure a bed for a long time,” according to an October report by Everbright Securities.