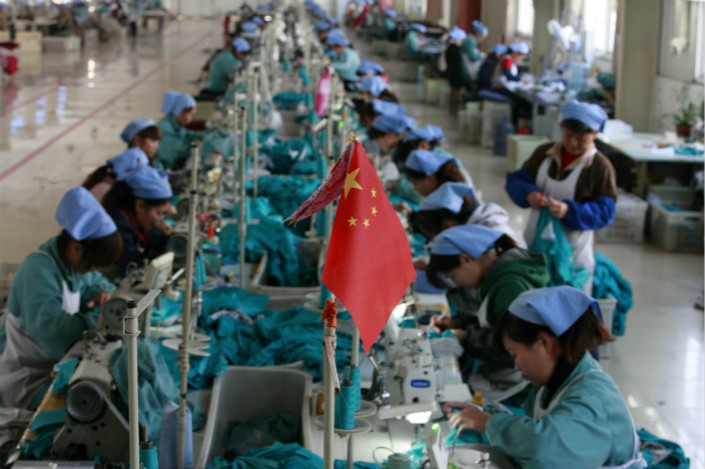 In Huaibei, Anhui province, female workers in a state-owned garment factory process clothing for export to the European Union. State-owned enterprise revenues rose 14.7% to 50 trillion yuan ($7.7 trillion) in 2017. The companies paid 3.7 trillion yuan in taxes, up 11.5%, according to China Central Television. Photo: IC

The figure, roughly the size of Belgium’s economy, was an increase of 23.5% from 2016, the report said, citing the State-Asset Supervision and Administration Commission (SASAC), the country’s SOE watchdog.

The strong performance of the SOEs came after government-imposed policies to reduce excess capacity in industries such as coal and steel as part of its supply-side reforms. The measures squeezed the supply of the commodities and drove prices up, benefiting producers, many of which are SOEs.

The government is also pushing for mixed-ownership reforms by introducing private investors to SOEs, aiming to improve their efficiency and competitiveness.

The government launched its campaign against overcapacity in the first half of 2016.

Bolstered by the campaign, China’s producer price index (PPI), which measures changes in the prices of goods bought and sold by manufacturers and mining companies, rose 6.3% last year, its first increase since 2011 and the highest figure in nine years. The PPI increase was led by price rises in energy and raw materials.