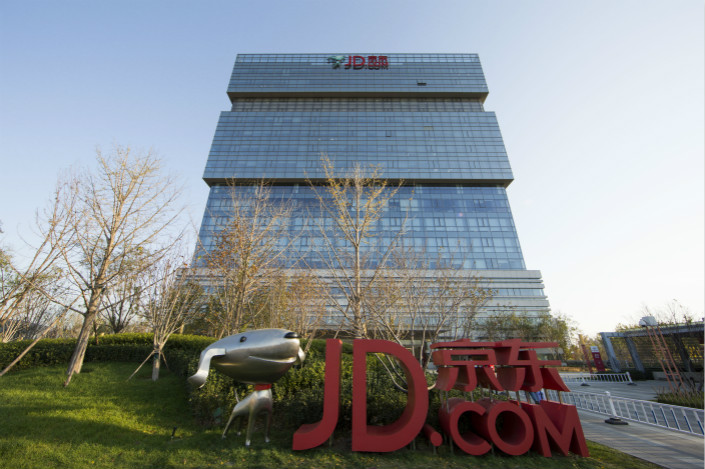 JD.com Inc.'s headquarters in Beijing is seen. The online retailer has announced partnerships with the three provincial governments in China's northeast to create jobs and "upgrade the industrial structure." Photo: Visual China

Chinese online retailer JD.com Inc. is vowing to invest more than 20 billion yuan ($3.1 billion) in the country’s decaying rust belt over the next three years.

The plan will help create jobs and “upgrade the industrial structure” in Northeast China, which consists of Heilongjiang, Jilin and Liaoning provinces, JD.com founder and Chairman Liu Qiangdong said, according to a statement Tuesday (link in Chinese).

The decision comes after Liu’s visit to the three provinces earlier this month, which resulted in several partnerships between the retail giant and provincial governments.

Complaints about the “hostile” business environment in the area have surfaced recently, especially after a ski resort operator in Heilongjiang accused local officials of bullying tactics, including harassment of employees and unwarranted fines and investigations.

But Liu isn’t worried. “I believe the business environment there (in the three-province region) will definitely improve,” he said Wednesday on his personal Sina Weibo social media account. “I’ve witnessed how sincere, positive-minded and efficient local government officials worked.”

In Heilongjiang, China’s northernmost province, JD.com secured a partnership with government-owned agriculture firm BeiDaHuang Group that covers e-commerce, cloud computing, finance and tourism. Both companies will explore the use of drones in farming and logistics.

JD.com’s partnership with the Jilin provincial government will lie in logistics, innovation, medical care and finance. The retailer will help promote and sell made-in-Jilin products.

In Liaoning, JD.com will continue to develop an e-commerce operation center over the next three years, which will create 9,000 jobs, according to JD.com.

China’s vast and resource-rich northeast was the country’s most industrialized area during the planned-economy period, fueled by heavy government investment and human-talent relocation.

But the region began to decline after China shifted to a more market-oriented economy, after which other provinces — especially those in coastal eastern and southern China – became comparatively more productive.

The rust belt has been burdened by increasing debt and low growth for decades due to the lack of a market-economy foundation and a brain drain of workers moving away for better career opportunities and warmer weather. Investors have long complained about red tape, protectionism and lawlessness in the area.

Beijing has pushed forward plans to “revive” the area since 2003, but progress has been slow. The three provinces were among the six that saw the lowest gross domestic product growth in the first three quarters of 2017.

Some of the revitalization plans have included developing e-commerce and logistics, which “highly match” JD.com’s strategy, the company said.