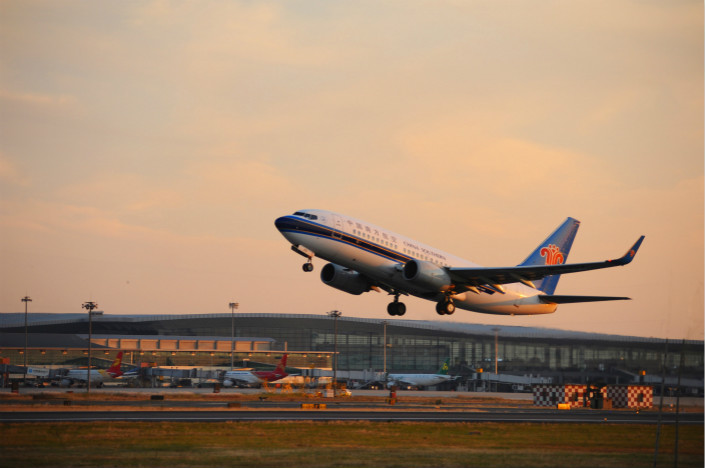 In China, which plans to relax restrictions on private investment in the airline industry, the state holds at least 50% of the assets in the country’s three largest carriers, such as China Southern. Photo: Visual China

China will relax restrictions on private investment in the airline industry, reducing the required government ownership of the country’s three biggest airlines to be less than 50%.

The rule — which also said the government still needs to be the largest shareholder — will take effect Friday.

The ruling follows a Civil Aviation Administration of China draft rule for public consultation in July.

Lowering the required ownership percentage that the government must have while still requiring it to be the largest shareholder will guarantee the government has the final say on management issues, the regulator said.

“The new rule is a big step forward for the ownership structural reform in the air sector, which will definitely help entice more private investment,” industry analyst Lin Zhijie said.

Currently, the state’s holdings in the assets of China’s three biggest airlines all exceed 50%. For example, Air China Ltd. is controlled by the state-owned China National Aviation Holding Co., which has 53.46% of the shares. China Eastern Airlines Corp. Ltd. is controlled by China Eastern Airlines Group, a state-owned enterprise supervised by the State Council’s State-Owned Assets Supervision and Administration Commission, with a total of 56.38% of shares.

Similarly, the rule will also relax restrictions for private money in airports, including those in all of the country’s provincial-level capitals as well as eight other large cities, including Shenzhen and Xiamen.

Airports in other smaller cities have long been allowed to be controlled by a private investor. For example, Sanya Phoenix International Airport in Hainan province is now operated and controlled by HNA Group, with 56.33% of shares. The provincial government owns only 0.35% of the shares.