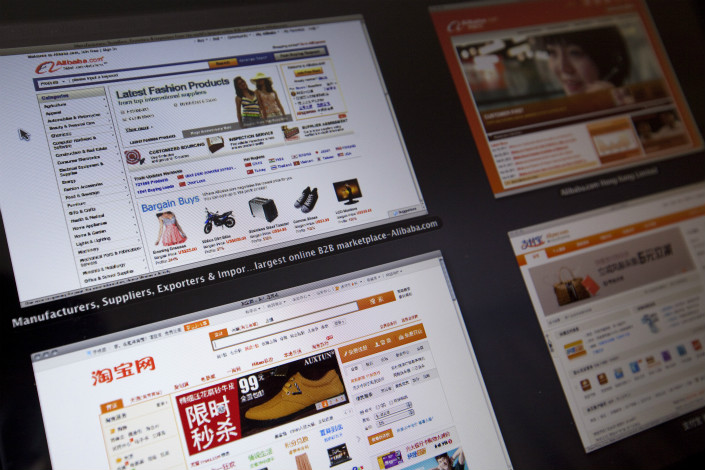 China’s commerce ministry said the latest edition of an annual U.S. list of markets with rampant piracy lacked objectivity and relied too much on outside input, following a stronger reaction from e-commerce leader Alibaba after its Taobao marketplace was included in this year’s edition.

Taobao, along with eight other physical and online Chinese marketplaces, were included on the U.S. Trade Representative office’s latest list of Notorious Marketplaces, which the office deems to be plagued by unacceptable levels of trafficking in pirated goods. Following the release of the list on Jan. 12, Alibaba Group Holding Ltd. accused Washington of politicizing the list by including Taobao for a second straight year, despite its own efforts to stamp out piracy on the platform.

The Ministry of Commerce followed a similar line in its first public statement on the matter, saying the list relied too heavily on input from outsiders, which was exemplified by its frequent use of unnamed third-party sources in discussion of reasons for inclusion of each marketplace.

“In the report, the U.S. frequently discusses the relevant Chinese businesses with the words like “reportedly,” “according to authoritative sources” and the like,” commerce ministry spokesman Gao Feng said in response to a reporter’s question at a regular media briefing on Thursday. “It lacked conclusive evidence and had no relevant figures to back up its points. We have no choice but to express our doubts about the objectivity and reliability of the department that issued the report.”

Gao went on to point to China’s own efforts to stamp out piracy as it tries to provide the necessary business environment to protect a vibrant domestic private sector increasingly reliant on innovation for its own advancement. He said China’s administrative and legal systems handled 110,000 cases involving intellectual property theft last year, and that its police system broke 9,800 related cases.

Earlier in the week, Alibaba said it had become a “scapegoat” in “a highly-politicized environment” after being included on the latest list. It added that the Notorious Marketplaces list “is not about intellectual property protection, but just another instrument to achieve the U.S. government’s geopolitical objectives,” a reference to U.S. President Donald Trump’s efforts to get tougher on China for what he sees as an imbalanced trade relationship.

Taobao has become a frequent target for major global brands that accuse it of allowing too much trafficking in pirated goods in its marketplace. The site is like an online flea market, featuring thousands of small merchants peddling millions of wares to online shoppers. That makes it more difficult to police for counterfeits than traditional e-commerce sites, which usually are anchored by one or two major merchants selling products directly to consumers.