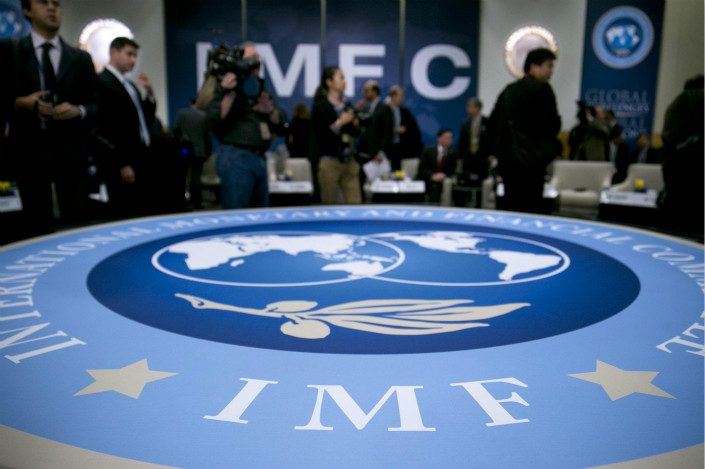 The International Monetary Fund (IMF) marginally raised its estimates for China’s economic growth in 2018 and 2019 on the back of stronger demand for exports as the world economy picks up speed.

Gross domestic product (GDP) in the world’s second-largest economy is forecast to grow 6.6% this year and 6.4% next year, the IMF said in an update to its World Economic Outlook on Monday. Both estimates were 0.1 percentage point higher than those given in its last outlook in October. The Washington-based lender also revised its forecast for global economic expansion in 2018 and 2019 to 3.9%, both 0.2 percentage points higher than the October projections and stronger than its estimate of a revised 3.7% expansion rate for 2017.

The uptick in China’s growth forecast reflects stronger demand for exports, the IMF said, although Maurice Obstfeld, the fund’s director of research, pointed out that the economy is still headed for slower expansion.

“China will both cut back the fiscal stimulus of the last couple of years and, in line with the stated intentions of its authorities, rein in credit growth to strengthen its overextended financial system,” Obstfeld said in a statement. “Consistent with these plans, the country’s ongoing and necessary rebalancing process implies lower future growth.”

Data released by China’s National Bureau of Statistics on Thursday showed that GDP rose by 6.9% in real terms last year, the first acceleration in seven years. The pickup came on the back of robust foreign demand and resilient infrastructure and property investment, the data showed.

President Xi Jinping has indicated the Chinese leadership will tolerate slower growth as the focus of the next three years shifts to containing risks, particularly financial risks, improving poverty alleviation efforts, and containing pollution. Xi has de-emphasized quantitative targets and called on officials to prioritize the quality of growth over speed, which, combined with measures to restrict local government financing, is likely to slow infrastructure investment. The government has also pledged to continue with policies to control residential property prices.

Global growth is projected to pick up in the near term mainly due to continued momentum in advanced economies and the expected impact of changes to the U.S. tax code. The latter is forecast to stimulate activity in America and its trading partners, and contribute about half of the cumulative revision to world expansion over 2018-2019, the IMF said.

The U.S. tax overhaul, particularly corporate income tax cuts, and associated fiscal stimulus will likely promote investment and improve the country’s performance temporarily, driving up its demand for imports and benefiting trading partners such as Canada and Mexico, the IMF said. The new policies prompted the fund to raise its real GDP estimates for the U.S. to 2.7% for this year from a previous 2.3%, and to 2.5% in 2019 from an earlier 1.9%.

But the changes could also widen the U.S. trade deficit, strengthen the dollar and affect international investment flows, the IMF said, warning that the benefits of the tax package will be short-lived and that growth in the world’s largest economy will slow from 2022 onwards.

“(W)hatever output impact its tax cut will have on an economy so close to full employment will be paid back partially later in the form of lower growth, as temporary spending incentives (notably for investment) expire and as increasing federal debt takes a toll over time,” Obstfeld said.

The IMF also sounded the alarm over the threat of another global recession if governments become complacent about the current growth momentum and fail to take action to address problems and prepare for the next downturn.

“(P)olitical leaders and policymakers must stay mindful that the present economic momentum reflects a confluence of factors that is unlikely to last for long,” Obstfeld said, calling for governments to act promptly to build policy buffers, reinforce defenses against financial instability, and invest in structural reforms, productive infrastructure and people.

“The next recession may be closer than we think, and the ammunition with which to combat it is much more limited than a decade ago, notably because public debts are so much higher,” he said.