By Liu Xiao and Huo Wen 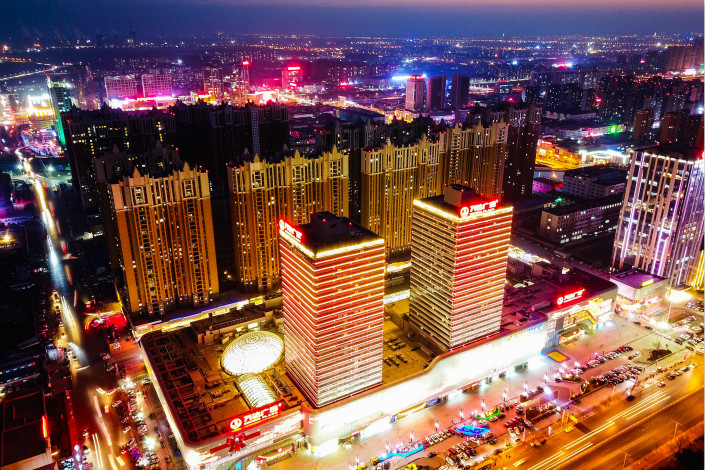 Wanda Group Chairman Wang Jianlin has promised his company will gradually repay all of its overseas debt and will not default on any loans, as the real estate and entertainment conglomerate continues to shed assets abroad.

Wang noted that it’s not a good idea to increase leverage at a time when reducing debt is the trend in China and the rest of the world, according to a transcript of his speech during the firm’s annual meeting on Saturday.

The company’s liquidity position may come under substantial pressure if its offshore lenders demand early repayment or if it fails to raise sufficient liquidity to repay $510 million in offshore loans due in March, Fitch wrote in a note. The situation is worsened by the absence of approval from China’s foreign exchange regulator to transfer onshore funds abroad, Fitch added.

China has stepped up efforts since late 2016 to curb domestic companies’ aggressive foreign spending, citing concerns of capital flight and mounting debt. Regulators have tightened scrutiny of foreign deals and ordered lenders to assess their exposure to offshore acquisitions.

After the deal was complete, Wang Jianlin told Caixin he wished to repay most of his company’s bank loans by the end of 2017, and that proceeds from the deal would be used for that purpose.

During Wanda’s annual meeting on Saturday, Wang revealed that the selloff of cultural tourism projects and hotel assets to Sunac and R&P Properties had reduced the company’s debt by 44 billion yuan, while providing 67 billion yuan in cash.

The overseas divestitures seem to be continuing. Last week, Wanda Group said it will sell a majority stake in a prominent London property for more than $250 million.

Wanda would only need to sell half of its overseas assets to pay off all of its overseas debt, Wang said, noting that this was proof the company has made money on its investments.