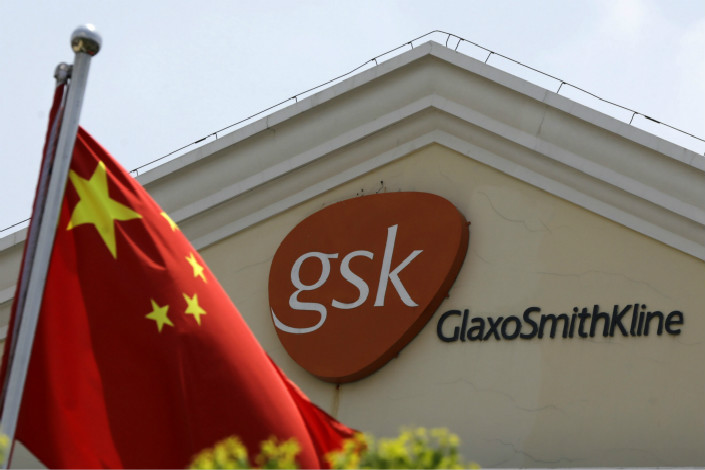 A GlaxoSmithKline factory in Shanghai. Triumeq is a combination of three drugs in a single pill — the first such all-in-one HIV therapy available in China — reducing the need for patients to remember to take multiple medications. Photo: IC

Triumeq is being sold at 2,880 yuan ($450) for a one-month supply, according to GSK, lower than in South Korea, Taiwan and Hong Kong.

Triumeq was approved by the U.S. Food and Drug Administration in 2014, followed by more than 50 countries and regions, and achieved sales of $2.2 billion in 2016. The drug has helped GSK take market share from rival Gilead Sciences Inc., which had for years dominated HIV-therapy sales.

Triumeq is a combination of three drugs in a single pill — the first such all-in-one HIV therapy available in China — reducing the need for patients to remember to take multiple medications.

“It poses less drug-drug interaction and has a high barrier to drug resistance,” said Zhang Fujie from Beijing Ditan Hospital of Capital Medical University, who was quoted in a GSK press release. Triumeq “brings a more convenient treatment with high efficacy to Chinese people living with HIV.”

In China, the number of people known to be living with HIV/AIDS was 746,000 as of October 2017. Around 495,000 patients are currently undergoing antiviral therapy, most of whom receive free treatment from a government-backed program.

GSK said it is willing to negotiate with the Chinese government to get the drug included in China's free-treatment program.

Triumeq is produced by ViiV Healthcare, a joint venture owned mostly by GSK, with minority stakes from Pfizer Inc. and Japan’s Shionogi & Co. Ltd. The company stressed its interest in deepening its presence in the Chinese mainland market.

“We are working closely with Chinese associations to undertake a series of initiatives, including professional training for HIV/AIDS care personnel, as well as disease prevention and education programmes, to enable Chinese people living with HIV (to) get better support and help,” said Thomas Willemsen, general manager of GSK China Pharmaceuticals and Vaccines.