Unicom Invites Private Company Executives to Its Board 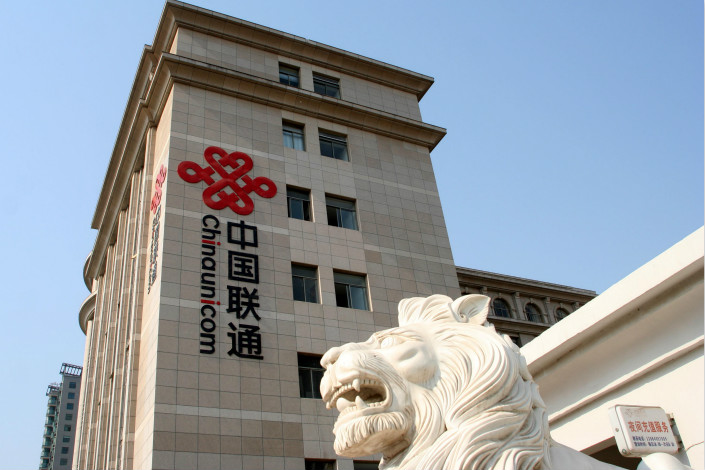 China Unicom's headquarters is seen in Beijing in May. Baidu Inc., Tencent Holdings Ltd. and Alibaba Group Holding Ltd. will each gain a seat on China Unicom's board, which is expanding from seven members to 13. Photo: Visual China

State-owned China Unicom plans to add executives from leading private companies to its board of directors as part of its wider mixed-ownership reform.

Baidu CEO Robin Li, Tencent Senior Executive Vice President Lu Shan and Alibaba Cloud Computing Group President Hu Xiaoming are among the executives nominated to join Unicom’s board, which will expand from seven directors to 13, the telecommunications giant said in an exchange filing on Tuesday.

The announcement comes just months after Unicom introduced 14 strategic investors to its Shanghai-listed unit in October through the sale of 10.9 billion shares. Baidu Inc., Tencent Holdings Ltd. and Alibaba Group Holding Ltd., which dominate China’s tech industry, were among the 14 investors.

The introduction of the new board members is aimed at improving the company’s corporate governance and at “establishing and improving coordinated operations,” Tuesday’s filing said.

Unicom has undergone dramatic changes in recent months in an effort to become leaner and more efficient. The company, one of China’s three big state-owned telecommunications firms, has slashed payrolls at regional subsidiaries, cutting nearly 10% of its managerial positions by early December.

The company is also rolling out an equity incentive program for employees, offering 7,550 people the option to purchase its Shanghai-listed stock — but only if they meet stringent performance standards over the next five years.

Unicom performed well in the early years of China’s mobile internet market, when 3G was the dominant technology, but has lately fallen behind rival China Mobile in developing a 4G network.

Other state-owned enterprises have also embarked on mixed-ownership reforms, to battle bloat and systemic inertia. China National Gold Group Corp., one of the latest companies to attempt reform, received permission from the National Development and Reform Commission in late 2017 to sell 41% of subsidiary China National Gold Group Gold Jewellery Co. to strategic investors, including JD.com.