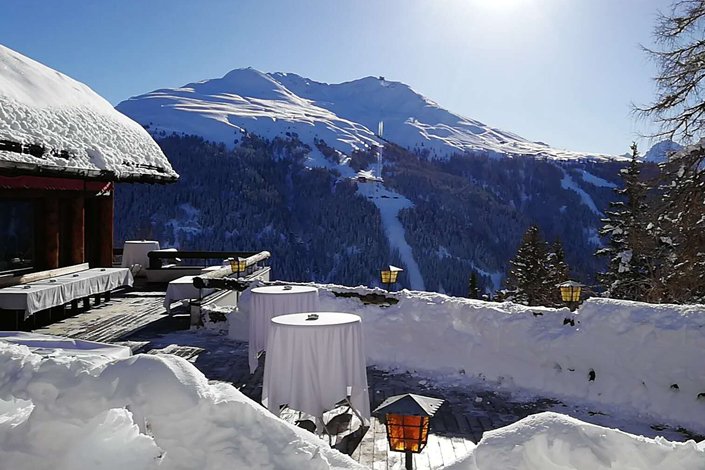 Global is great. Anyone following China's business scene would probably guess correctly that those words were uttered by Alibaba founder Jack Ma, who was heard singing the praises of free trade and globalism Wednesday at the World Economic Forum in Davos, Switzerland.

Ma never met an internet platform he didn’t like. Understandably, he's a fan of the e-commerce platforms that made him one of the world’s richest men. He also likes the World Economic Forum's platform.

Ma’s growing embrace of globalism in many ways reflected the theme for my second day at this week's annual forum. I also heard a top executive from China's UnionPay money transfer network detail the huge strides his company has made to become a global player. And lest anyone think globalism in this context is a one-way street, the top Chinese government official at the forum disclosed that China will implement a new round of opening for its financial services sector later this year.

As someone who comes from the land of free trade, namely the United States, I have to admit I find this sudden role reversal between the United States and China a bit disorienting. At the same time, I do understand that U.S. President Donald Trump’s increasingly protectionist sentiment at least partly reflects a lopsided trade relationship between America and China, which is best seen in the huge trade imbalance between the pair. That imbalance has played an important part in helping China achieve its economic miracle over the past 30 years, and many might say that now it’s time for a more balanced relationship.

Ma’s performance on the Davos stage was pretty typical for the man I’ve come to know and even become fond of over my many years following the internet's development in China. He gushed with his usual enthusiasm during a panel discussion entitled “Enabling E-commerce," bubbling not only that “global is great” but also insisting that global trade cannot be stopped.

It’s hard to object when someone puts it that way, although Trump may do just that when he speaks at Davos shortly before the forum closes Thursday.

Earlier Wednesday, I got to talk with the friendly Liu Yuan, chief strategist at UnionPay, whose company wants to give global giants MasterCard and Visa a run for their money. The chatty, down-to-earth Liu informed me that UnionPay now has about the same global reach as Visa, with more than 2 million ATMs accepting its cards in 162 countries and regions. Never mind that very few people outside China use the UnionPay network. It’s the globalism that counts.

One of Trump’s biggest beefs – that China’s markets are relatively closed to foreigners – also got attention when government official Liu He announced that China would further open its financial markets to foreign investment later this year. Liu is China’s highest-ranking government official at this year's Davos event, and his remarks were highly anticipated by a foreign community that wishes China would ease its many restrictions on their ability to do business in the market.

Such calls for globalism by China would have been unthinkable only 10 or 15 years ago, when Chinese firms were just beginning to explore the global marketplace and $1 million was considered a big purchase abroad. Back then, U.S. and other Western firms were much more bullish on China, buying stakes in a wide range of companies in hopes of better access to the Chinese market.

But something happened along the way: Many Western companies became disillusioned after their investments went nowhere, and after they were told their opinions didn’t matter. Chinese companies have seen things differently, basking in a global marketplace that was certainly challenging but also offered benefits and a whole new playing field. On my second day in Davos, a sort of giddiness among Chinese company executives was clearly on display, even while a quieter Western skepticism weighed on the relationship.