China to Get Hands-On With Cadillac’s Hands-Free Driving 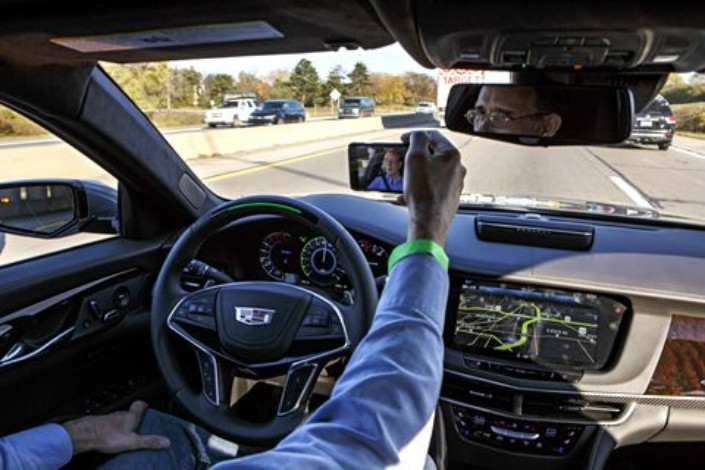 Keep your eyes on the road and your hands off the wheel.

That’s the idea Cadillac is steering into China.

The luxury General Motors Co. brand is planning to introduce its cutting-edge smart-driving system — dubbed Super Cruise — into China this year, according to Daryl Wilson, lead development engineer of the project.

The system has been on U.S. roads since September — equipped on the Cadillac CT6 — and has drawn glowing reviews. Unlike existing smart-car technologies, which assist in driving but require one’s hands to remain on the steering wheel, Super Cruise lets you give those 10 fingers a rest, under certain conditions.

The feature is likely to land in China around April, a source close to Cadillac told Caixin, but added that uncertainties remain due to potential legal issues under Chinese law, mainly related to Super Cruise’s use of sophisticated mapping services.

To pass legal muster, Cadillac will need to partner with a local firm, which a source told Caixin would be web mapping and navigation provider AutoNavi Software Co. Ltd. Cadillac declined to comment on the matter.

Cadillac’s provider for the service in the U.S is startup Ushr Inc.

China has been increasingly relaxing rules on autonomous driving, which it has designated a “strategic sector” in its “Make in China 2025” program, a blueprint for modernizing the country’s manufacturing industry. Last month, Beijing became the first Chinese city to allow road tests of autonomous vehicles.

In September, the Ministry of Industry and Information Technology said it was working on regulations to give driverless car companies a green light to test vehicles on public roads. An outline of road-test rules for unmanned vehicles nationwide has been completed, a source close to the ministry told Caixin, though a clear timetable has not been released.

Several domestic companies have revved their engines to enter the emerging sector, most prominently Baidu Inc., which last year rolled out its so-called Apollo program — an open-software platform that enables users to set up their own autonomous driving system.