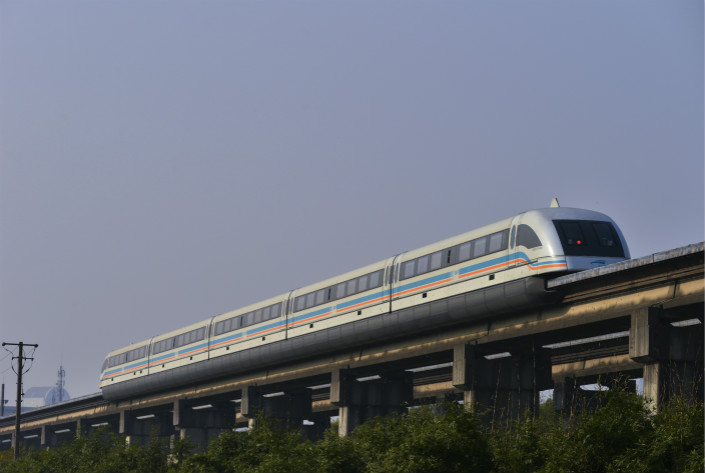 The project — led by train-maker CRRC Corp. Ltd.’s subsidiary Qingdao Sifang Co. Ltd. and includes 15 other companies and research institutes — was unanimously approved by a Ministry of Science and Technology panel of experts, Qingdao Sifang said in a statement on Thursday.

Work on designing the levitating trains will begin this year and wrap up in 2020, when testing on the trains and public demonstrations will begin, said Qingdao Sifang Vice Head Engineer Ding Sansan. This project “will lay a foundation for high-speed maglev technology to commercially operate in China soon,” Ding added.

This project reflects Beijing’s ambition to break the world train speed record, currently held by Japan, whcih tested a maglev train that ran at 603 kph in 2015.

It also comes as Beijing has indicated its willingness to relax the country’s rail-network speed limits, which were imposed in 2011 after two bullet trains collided in the eastern city of Wenzhou, killing 40 passengers and injuring about 200 others.

In September, China accelerated some of the trains between Beijing and Shanghai to 350 kph, making the line the world’s fastest regular train service.

China had the world’s largest rail network, which covered 127,000 kilometers at the end of 2017, according to the country’s railway operator China Railway Corp. (CR). High-speed rail makes up 20% of the network.