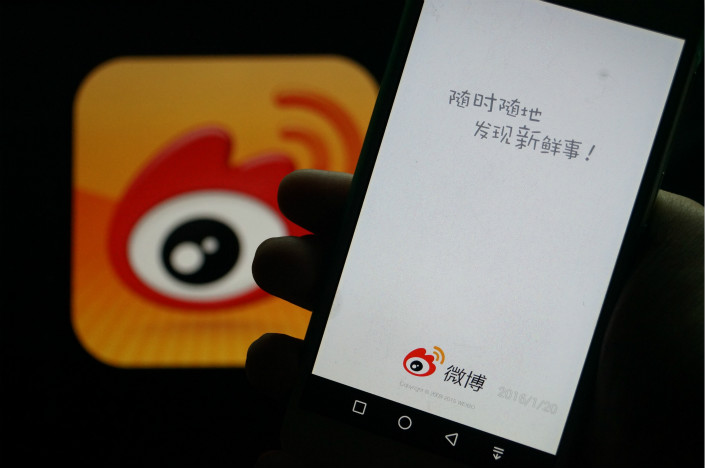 Weibo’s ‘hot tag’ trending function, which was suspended on Saturday night, was one of the Twitter-like microblogging platform’ key revenue sources. Photo: VCG

Weibo Corp. has suspended some of its Twitter-like microblogging portal’s functions after the country’s internet regulator said it failed to remove content deemed inappropriate.

The most notable of these services is Weibo’s ‘hot tag’ trending function, which usually features the latest celebrity news. The function was made unavailable starting Saturday night after the Cyberspace Administration of China (CAC) announced that said these services were “spreading obscene and wrongly oriented content.”

The CAC did not offer any specific examples of problematic content.

Later, a statement issued by Weibo said it would suspend these services until Saturday, during which time the function will be rectified to meet the regulator’s requirements. Besides the hot tag function, the site’s Quora-like Q&A section was also among the services that have been suspended.

The move comes as the CAC’s drive to regulate the net has expanded from politically sensitive content — such as current affairs news — to pop culture content, a shift that began last June when the latest cybersecurity law came into effect. The cyberspace regulator has since shut down dozens of social media accounts run by paparazzi reporters and groups that report celebrity news, both on Weibo and Tencent Holdings Ltd.’s WeChat social media platform.

The hot tag function offers real-time updates on what users are searching for on Weibo. The service has to an extent become a tool for marketing companies, who hire people to push a certain topic to the top of the hot tag list.

Though many Weibo users have expressed regret over the suspension of the service, others think the crackdown is a good thing. “This should have come long ago. The so-called ‘hot tags’ are usually all about celebrity gossip. Is it possible that all we’re talking about these boring things? They must all be purchased and fake,” said Weibo user Youqingguoke.

This increasingly restrictive environment could pose challenges to Weibo’s business model. The platform recently made a comeback by transforming into a more entertainment-oriented platform, as opposed to the reputation as a news portal it had following its establishment in 2009.

Weibo, which now has a higher valuation than microblogging peer Twitter at $30 billion, has increasingly cultivated a cozy relationship with online celebrities known as “big Vs” due to their “verified” status and large fan bases.

The company said last month that web-based stars, from authors to comedians and current affairs commentators, were expected to rake in a hefty 20.7 billion yuan ($3.14 billion) in 2017.

The popularity of these internet celebrities is in turn a boom for Weibo, as they attract users and advertisers.