Services Growth Shoots Up in January 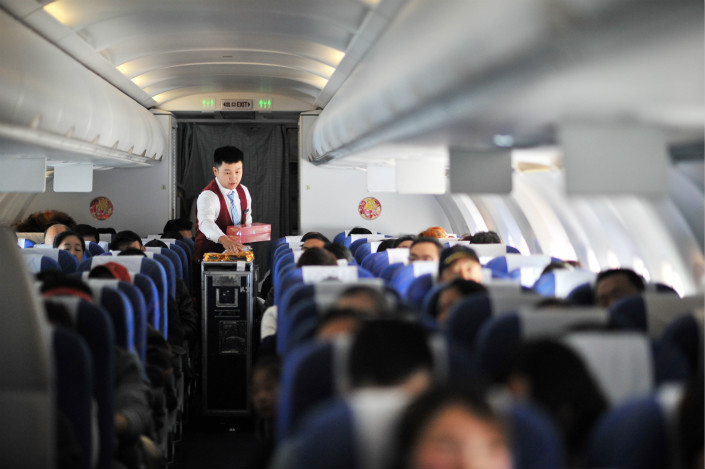 Growth in China’s service activity accelerated by the most in more than seven years in January, a Caixin survey showed Monday, in a further sign the world’s second-largest economy has maintained momentum at the start of 2018.

The Caixin China General Services Business Activity Index rose to 54.7 last month, up from 53.9 in December. It was the highest reading since October 2010 and matched the figure of May 2012. A number above 50 indicates an expansion in activity, while a figure below that points to a contraction.

January’s upturn in the services sector was mainly bolstered by greater client demand, with new business growing at its quickest pace in 32 months.

The robust expansion in the services sector provided more evidence that the Chinese economy, which grew 6.9% last year, its first acceleration since 2010, has gotten off to a resilient start in 2018, despite concerns of a possible slowdown in growth this year.

The Caixin China General Manufacturing Purchasing Managers’ Index (PMI) came in at 51.5 last month, unchanged from that in December, which was the highest reading since August.

Strength in both the manufacturing and services industries supported the Caixin China Composite Output Index, which covers both manufacturers and service providers, to jump to a seven-year high of 53.7 in January, from 53.0 in December.

But Zhong Zhengsheng, director of macroeconomic analysis at CEBM Group, a subsidiary of Caixin Insight Group, suggested that downside risks remain due to signs of moderating demand for manufactured products and rising costs that weigh on service companies.

“Looking forward, we should watch for stability of demand in the manufacturing industry and the impact of growing costs on the profitability of service providers,” he said.

The inflation in input prices in the services industry rose by its steepest level since April 2012 in January, the survey showed. However, the increase in prices charged by service providers slowed from the previous month, and the pace was much weaker than the rise in costs.

The sector’s total number of employees rose for the 17th straight month in January, with some companies citing greater business requirements as the reason for adding to their payrolls.

The services sector includes finance, real estate services, marketing, transportation and retailing. Also known as the tertiary sector, it accounted for 51.6% of the country’s economic output last year, the same as in 2016 and up from 50.2% in 2015, according to the National Bureau of Statistics (NBS). The services sector is more labor-intensive than manufacturing, and policymakers are counting on it to create jobs. It accounted for 58.8% of growth in gross domestic product in 2017, dwarfing the 36.3% contribution of the industrial sector, NBS figures showed.