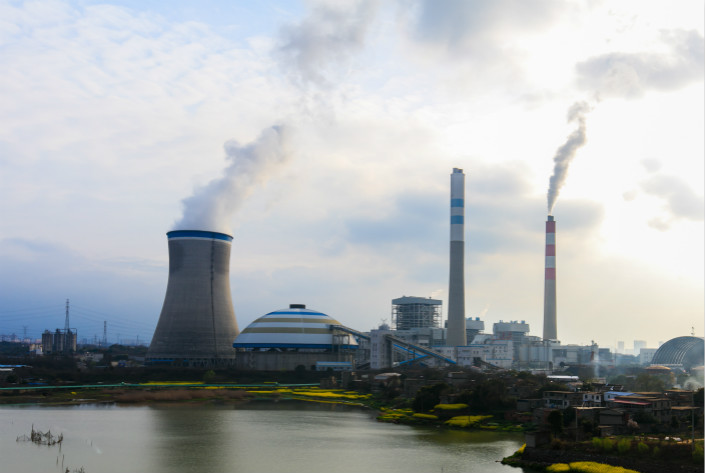 The China Guodian Corp. power plant in Jiujiang, Jiangxi province, is seen in March 2017. A new company will facilitate the transmission of electricity from Shanxi province to Jiangsu province. Photo: VCG

The new company, provisionally named Sujin Energy with an initial investment of 6 billion yuan ($953 million), will facilitate the transmission of electricity from the northern province of Shanxi to coastal Jiangsu province. The agreement comes as the central government works to solve regional imbalances between power production and consumption.

Other businesses operated by Sujin Energy will include trade in coal and natural gas between the two areas, as well as investment in coal mines, according to a filing by Jiangsu Guoxin Corp. Ltd., one of the six founding companies.

Shanxi is one of the country’s coal and power hubs, which can offer nearly half of its power generation capacity to areas outside the province, while Jiangsu, the second-most developed province by gross domestic product, imported 18% of the power it consumed last year from other parts of China, according to the state-owned Xinhua News Agency.

The deal came after the provincial governments of Shanxi and Jiangsu inked a deal in November to encourage the trading of power between the regions. Shanxi has suffered from overcapacity in both the coal and power-generation sectors and is seeking to trim or export its excess capacity.

Wang Yixin, a vice governor of the Shanxi provincial government, said that he hopes this equity partnership will further expand to other sectors such as coal, coke, steel and aluminum, according to Xinhua.