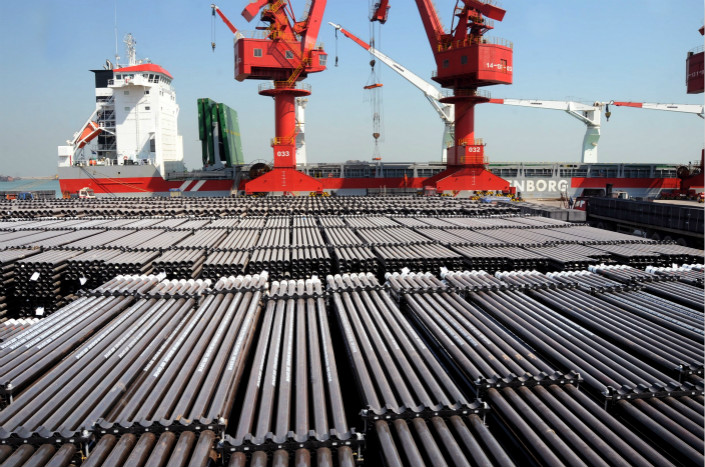 The profits of China’s industrial companies increased at their quickest pace in six years in 2017, with state-owned enterprises (SOEs) and coal and steel producers leading the growth as they continued to benefit from the government’s drive to cut excess capacity.

The companies made a combined 7.52 trillion yuan ($1.18 trillion) in profits last year, up 21% from 2016, according to data published by the National Bureau of Statistics (NBS) on Friday, the fastest pace since 2011 when earnings jumped 25.4%.

Coal mining and washing, and the smelting and processing of ferrous metals — mostly iron and steel — saw earnings jump by the most among all sectors as prices of their products continued to surge last year amid robust domestic demand and a campaign to curb overcapacity that fueled expectations of tighter supplies.

“The excess capacity reduction in the steel and coal industries in 2017 improved the quality of supply, raised product prices and led profits of the enterprises to soar,” NBS analyst He Ping said in a statement.

The combined earnings of companies engaged in coal mining and washing nearly quadrupled from 2016 to 295.9 billion yuan, while the profits of the ferrous metals smelting and processing industry hit 341.9 billion yuan, almost triple the figure of the previous year, the NBS data show.

China has trimmed more than 500 million tons of coal mining capacity and 115 million tons of steel production capacity in the past two years, Liu He, a key economic policy advisor to President Xi Jinping, said Wednesday in a speech at the World Economic Forum in the Swiss town of Davos.

“We will continue to firmly push this work forward,” said Liu, who is also a member of the Politburo, a group of the 25 most-senior officials of the ruling Communist Party.

The boom in profits in coal mining and washing, and the ferrous metals smelting and processing industries reverses several years of decline, during which earnings slumped to their lowest level in more than a decade in 2015. The turnaround began in 2016 when the government rolled out policies to lower excess industrial capacity, a strategy some analysts said was part of efforts to boost the bottom line of SOEs, many of which were losing money. The profits of both industries more than tripled in 2016.

The surge in these two industries helped drive a 45.1% jump in the combined earnings of state-holding companies, which dominate heavy-industry sectors and those processing raw materials into intermediary products. The gain was the highest among industrial firms of all types of ownership structures and accelerated significantly from growth of 6.7% in 2016.

In his speech in Davos, Liu said the government aims to bring the overall leverage ratio of the Chinese economy “under effective control” in three years.

The strong profit performance was not seen across the board, with some other sectors seeing a decline, partly due to higher prices of fuel and raw materials such as coal. The earnings of electricity, heat, gas and water producers and distributors fell by 10.7% last year as their operating costs increased 11%, NBS data showed.

Industrial profit growth may not be able to sustain the gains seen in 2017, given expectations for a slowdown in economic growth and the end of the commodity-price boom. The year-on-year growth in overall earnings in December slowed rapidly for the third consecutive month to 10.8%, the weakest pace seen in 2017.