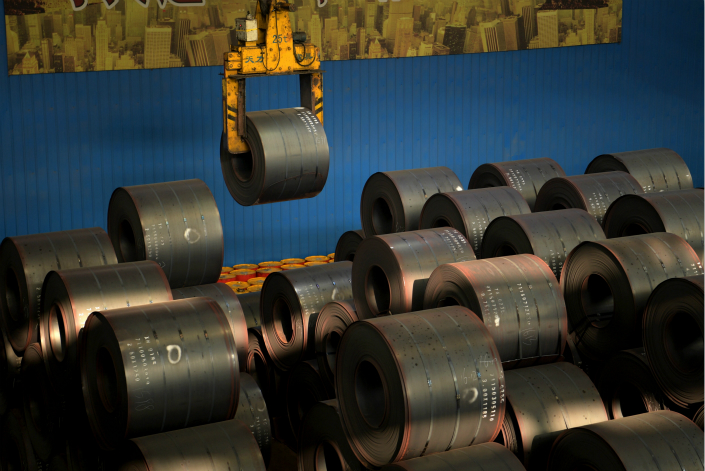 Four industrial sectors, including ferrous metals smelting and processing, accounted for more than half of the growth in domestic industrial profits in the January-October period. Photo: Visual China

(Beijing) — China’s industrial companies saw their combined profits increase by 25.1% in October from a year earlier to 745.4 billion yuan ($119.9 billion), the second-highest gain since December 2011, as elevated commodity prices continued to benefit coal and other mining companies.

Industrial profits jumped 27.7% year-on-year in September, the biggest increase in almost six years. The data covers companies with annual revenue of more than 20 million yuan from their main operations.

He Ping, a statistician with the NBS’s industrial division, said four sectors — coal, oil and gas, ferrous metals smelting and processing, and chemicals — accounted for more than half of the growth in profit in the January-October period.

The NBS did not provide a breakdown by industry for October alone, but data for the first 10 months show that profit from the mining and quarrying industry surged by 405.4% year-on-year to 411.2 billion yuan, with profits in the coal extraction and washing sector rising by 628.8%. The oil and natural gas sector recorded a profit of 40.6 billion yuan in the first 10 months, a turnaround from losses of 37.2 billion yuan in the same period last year.

In spite of the growth in earnings and profit margins, the combined debt of the industrial sector isn’t falling as a percentage of assets. NBS data show that the overall asset-liability ratio at the end of October was 55.7%, unchanged since August and only marginally lower than the 55.9% at the end of June.

State-owned companies are benefitting most from the profit boom, with earnings at state holding companies jumping 48.7% in the first 10 months compared with 14.2% at private industrial companies.